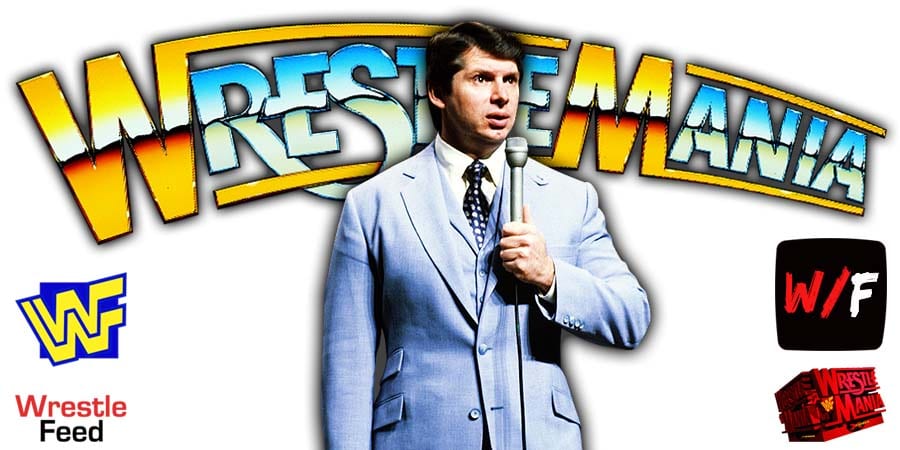 During a recent episode of his podcast, 2-time WWE Hall Of Famer Booker T talked about WrestleMania 38 and more.

On rumors of Vince McMahon wrestling Pat McAfee at WrestleMania 38:

“I read Vince would be part of a storyline at WrestleMania 38. I don’t know what that actually means, but if Vince were to lace them up and get back in the ring at 76, it would definitely be something that men should be inspired to see.

I can respect Vince if he was to be thinking about going out and having a match because it’s his company. Sometimes you say, ‘Man, I have to lead by example. I have to show these young guys how to do it.’ Whether that’s wise or not, that’s how we think.”

On if Tony Chimel should be inducted into the WWE Hall Of Fame:

“Come on man. That’s a no-brainer. Tony Chimel should be in the Hall of Fame just because of the work that he did.

His body of work is definitely something that should be mentioned because Tony Chimel wasn’t just a guy that you saw doing the ring announcing.

He was the guy who was making sure the guys got paid, making sure the truck got set up properly, and that dude did a little bit of everything for that company for a very, very long time.

Yes, Tony Chimel should be in the Hall of Fame without even a question.”

He posthumously became a WWE Hall of Famer in 2009, when all of the above mentioned Von Erichs were inducted into the WWE Hall of Fame by “Freebird” Michael “P.S.” Hayes.