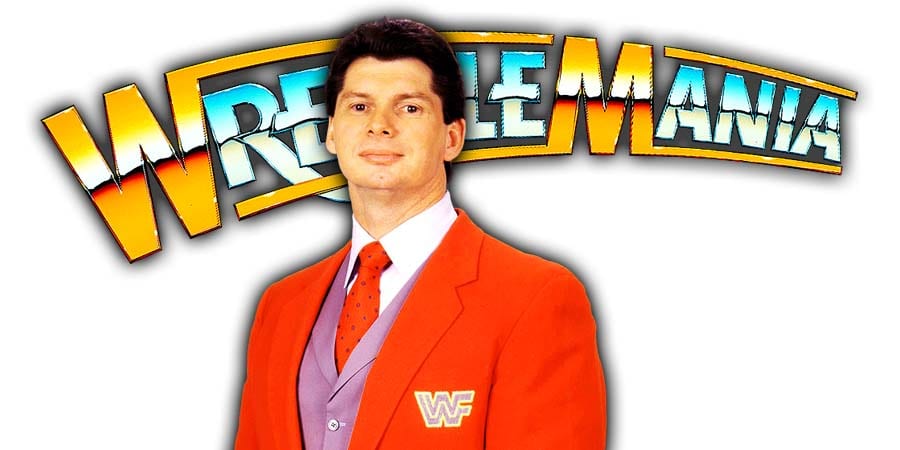 During a recent episode of his 83 Weeks podcast, WWE Hall Of Famer Eric Bischoff talked about WrestleMania 38 rumors & matches.

On rumors of Vince McMahon wrestling Pat McAfee at WrestleMania 38:

On Logan Paul wrestling at WrestleMania 38 (him & The Miz vs. Dominik & Rey Mysterio):

“Logan is entertaining as hell. His brother (Jake Paul), he’s a legit Boxer, he’s working on it, he’s taking it seriously. I think Logan was in it for the money and the entertainment, which there’s nothing wrong with that. If I could get away with it, I’d do it too. Logan is an entertainer. It makes sense.

If he’s going at it to have a great time and to be entertaining, he’s going to be surrounded by talent that can camouflage his lack of abilities in the ring and make him look better than he really is.

And it will be fun, and entertaining, and get the word out to people that might not otherwise be interested in WrestleMania. It makes all the sense in the world.

Please don’t anybody take it too seriously, please don’t rate the match, just ask yourself if you had fun watching it. If you had fun, then it was a great idea.”