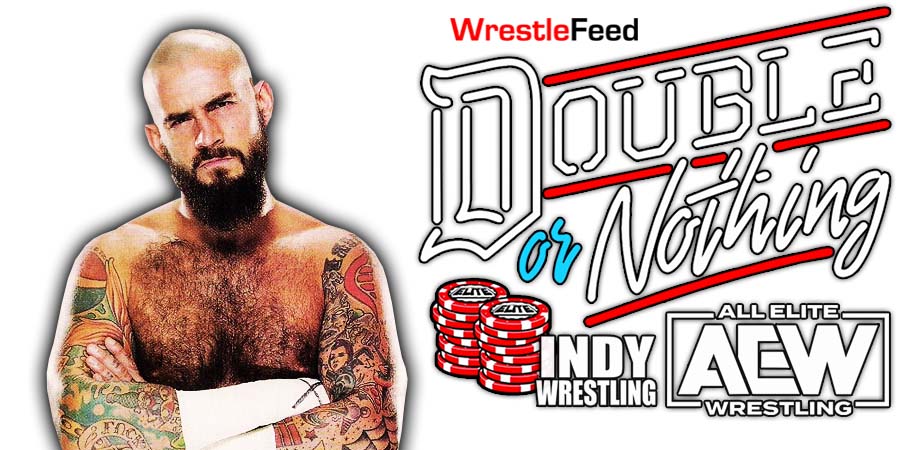 Punk called Bischoff a carny dipsh*t and Bischoff fired back by calling Punk the biggest financial flop in wrestling, as he pointed out that TV viewership hasn’t increased at all after Punk’s arrival in All Elite Wrestling (tap here to read more).

In the post Double Or Nothing media scrum, AEW President Tony Khan was asked to comment on this matter and Tony got fired up.

“That’s f**king bullsh*t. There is only one person that can attest to that, I don’t know about other people. I can only attest to what’s happened here and public record, and some of these things are a matter of public record because freedom of information.

We do have, over the years, a good amount of financial data in pro wrestling. I can tell you, no one wrestler has ever come in and made a bigger plus delta financial difference in the history of my company going into the third year anniversary, no one person has ever made a more positive impact.

Whether it was All Out, where he was huge part of the draw with Darby, his debut was a huge thing with the First Dance, the biggest Rampage draw in the history of that show.

The matches, he carried the Friday Night War, which, by the way, is a matter of record in f**king court in the state of California that we won the Friday Night War. Just ask Jerry McDevitt because he f**king wrote it. This guy won it, vs. Matt Sydal, who is a great wrestler, he had another goddamn great match on Friday night.

This f**king guy, he f**king did the Friday Night War, he did the First Dance, he’s done the record Double or Nothing. He did the record All Out in his debut. He was a big part of the record Full Gear, a great match with Eddie Kingston.

He’s wrestled a bunch of young guys and veterans in-between there. Will Hobbs, Daniel Garcia, then he showed up and did the biggest program in terms of everything, TV, box office, ever with MJF. Then he did the goddamn main event here.

He’s the biggest part of financial success in the history of this company. Let’s f**king go.”

You can watch Tony make these comments below:

At the Double or Nothing media scrum, somebody asked CM Punk and Tony Khan about Eric Bischoff's comment about him being a big financial flop. Needless to say, Tony got a little fired up… #AEWDoN pic.twitter.com/6OyzJvjz3A

This episode was broadcasted from the Pensacola Civic Center in Pensacola, Florida and featured matches, interviews & storyline segments on the road to the ‘WWE Vengeance 2003’ PPV.

4. The Basham Brothers vs. Rikishi & Spanky