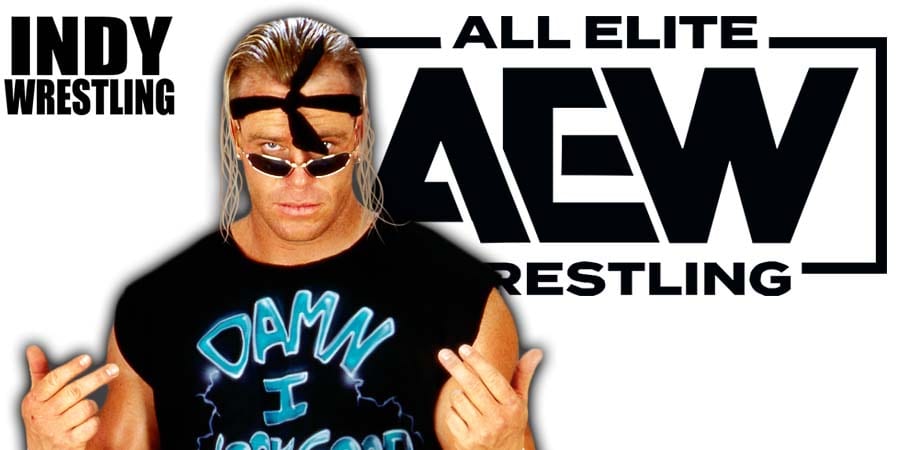 On the October 10th episode of RAW, D-Generation X reunited for their 25th anniversary, but Billy Gunn didn’t appear.

The former New Age Outlaws member currently works for AEW and that’s why he couldn’t appear.

According to the Wrestling Observer, AEW President Tony Khan was open to the idea of Billy return to WWE TV for this celebration, but wanted WWE to mention that Billy works for All Elite Wrestling now:

“Khan agreed to let him do to the show but on the air they would have to mention he’s from AEW, or that AEW allowed him to appear or some wording, but there had to be one mention that in some form he works for AEW, just as WWE already did when they got Mickie James for the Royal Rumble this past year.

WWE stalled on the yes or no, and then at the last minute would not agree to it.”

Fightful Select then reported that WWE considered the idea of showing an AEW graphic, but that didn’t happen either:

“WWE had went as far as to prepare travel in Billy Gunn’s name, thinking that it was a real possibility. One of the possible solutions we’re told was a lower third graphic with an AEW logo, but WWE didn’t seem too keen on making that a reality.”

Billy Gunn had the following to say about this situation during an interview with Sports Illustrated:

“Of course, I would have liked to have been there, but I understand that I work for another company.

It was a collective decision. I’m not putting it on anyone. I’m not sour about it.

We’re two separate companies, and it just didn’t work out.”