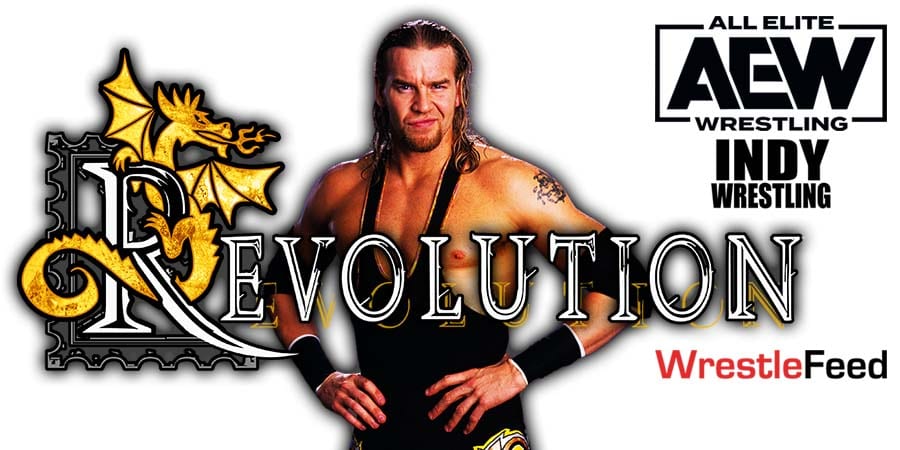 Christian entered the ring and signed a multi-year contract with the company.

Christian’s AEW character is that he “out works everyone”. You can check out his AEW T-Shirt below:

During the post-AEW Revolution PPV media scrum, AEW President Tony Khan revealed that Christian will be wrestling on a regular basis in All Elite Wrestling.

Khan also noted that Christian was the one that contacted him:

“I met Christian Cage 7 years ago and he’s a great person and I’ve always really liked him as a person but long before that, I’ve been a huge fan of him as a wrestler.

He’s in great physical condition and we saw him very recently compete on pay-per-view (WWE Royal Rumble 2021). There was a lot of interest in it, it generated a lot of interest, and he was interested in wrestling on a regular basis and you know he gave me a call and said, ‘I’d really like to come wrestle in AEW for you,’ and I said, ‘I’d really like to have you come and wrestle for me.’

It all came together great and I think it’s going to be really good.”

– The Berzerker vs. Scotty Williams