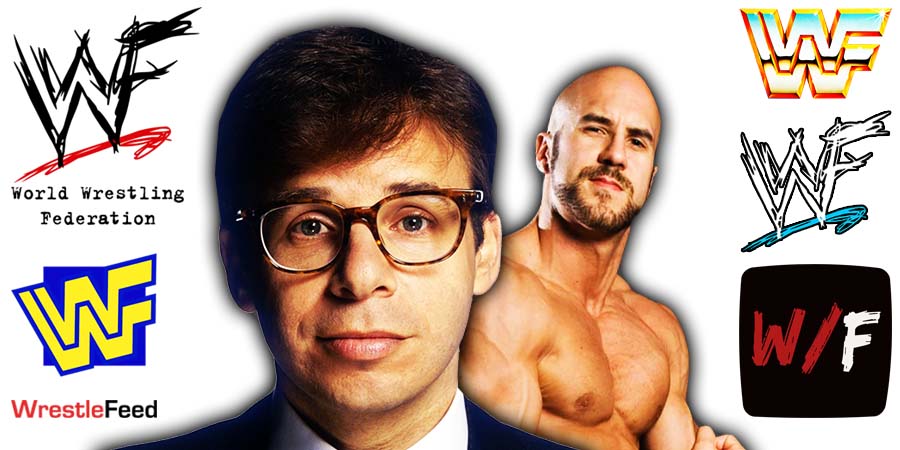 • Tony Khan Reveals What Cesaro Said To Him After Blood & Guts

A few days later, he made his Dynamite debut in a Blood & Guts match. He picked up victories in both matches.

During an interview with NYPost, AEW President Tony Khan revealed what Cesaro said to him after Blood & Guts:

“Claudio said after the Blood & Guts match, he came back to me and said ‘I could not have had a better first week. I could not have imagined any place I’ve ever been enjoying it more than I do here. The first week I’ve had is something I’ll remember the rest of my life.’ He was very grateful. He was very happy.

He’s one of the greatest stars ever in Ring of Honor and Claudio Castagnoli is associated with that history in ROH.

I thought as we’re moving toward ‘Death Before Dishonor’ on July 23, I originally thought that would be an incredible place for him to debut if Bryan Danielson is good to go.

Admittedly when Claudio and I were talking, we had a conversion on June 2, so it was the day after the [LA] Forum show so I was just kind of getting my bearings and realizing I had put TV together all through ‘Forbidden Door’ and that was probably going to change. I knew [CM] Punk was gonna need some time. His X-ray came back Friday and it wasn’t good.

That’s when I had to jump into a plan with [Jon Moxley] and the Interim Title and make a lot of changes to Forbidden Door.”

This episode was pre-taped at the Birmingham Jefferson Civic Center in Birmingham, Alabama and featured matches & storyline segments on the road to the ‘WCW The Bash at the Beach 1999’ PPV.