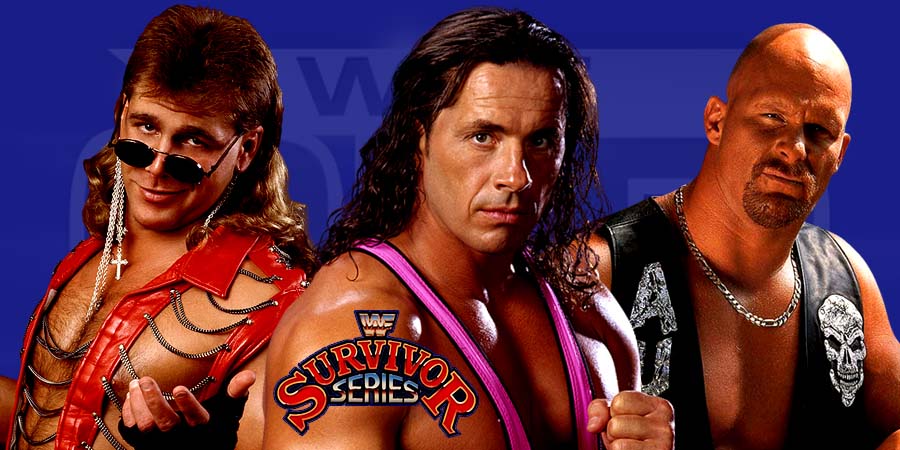 Hello, and welcome to another edition of Top Ten Things, here at WWFOldSchool.com, where I count down ten of the best old school matches, moments. Additionally some of my other stuff can be read at Enuffa.com.

It’s November, and that means we’re right in the thick of Survivor Series season! The Survivor Series is one of my favorite old-school wrestling gimmicks, where teams of wrestlers assemble for an all-out war, until only one team (or portion thereof) is left standing. The original editions were comprised exclusively of these epic elimination bouts, and considering how the format has changed over the years it’s not surprising that WWE has never achieved that level of awesomeness since. Beginning in 1991 the concept got watered down, as traditional singles/tag matches were included, and the team elimination bouts were often pushed to the background. That’s not to say there haven’t been some great singles contests at Survivor Series (My list below includes three of them). But I do miss the days when Survivor Series was all about team warfare, and I’m still holding out hope that this once great concept will be presented like it used to be.

The main event of what is in my estimation the greatest-ever Survivor Series featured The Mega Powers leading the team of Hercules, Koko B. Ware, and Hillbilly Jim against Akeem, The Big Bossman, Ted Dibiase, Haku, and The Red Rooster. In a drama-filled battle, Hogan and Savage ended up alone against three of their opponents, and the closing minutes saw Hogan handcuffed to the ropes while Haku dominated Savage.

Finally Hogan (with an assist from Elizabeth) escaped and finished off Haku, leaving the Mega Powers as the survivors, but also planting the seeds for the eventual Savage heel turn. This match told a great story, and while not an amazing technical match, was more compelling than the previous year’s main event.