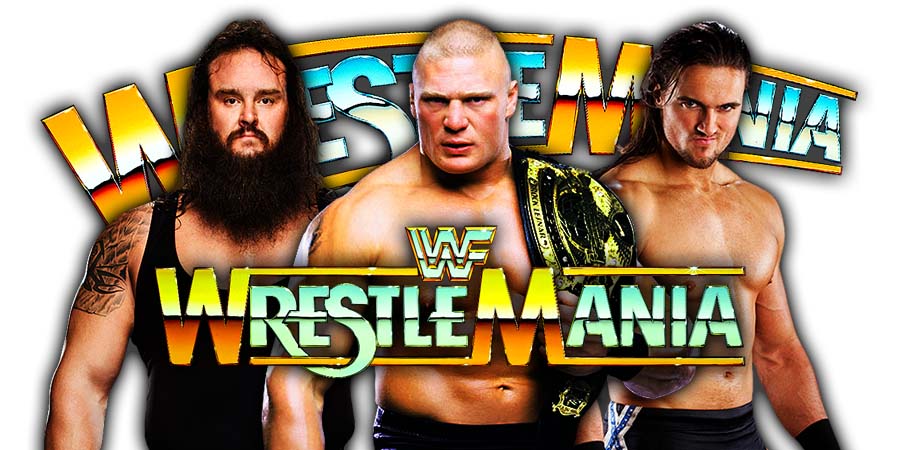 As we noted before, Dirty Sheets reported that Vince McMahon & Triple H have different ideas regarding who they want to see as Universal Champion after WrestleMania 35.

Vince McMahon wants Braun Strowman to walk into WrestleMania 35 as the Universal Champion (which means Vince wants him to defeat Brock Lesnar to win the Title) and have him drop the Title to Drew McIntyre.

On the other hand, Triple H wants Brock Lesnar to walk into WrestleMania 35 as the Universal Champion and have Seth Rollins defeat him to win the Title. Triple H believes Rollins can fill the void that Roman Reigns’ departure has created and that’s why HHH is keen on saving the big win over Lesnar for Rollins.

It looks like WWE is moving forward with the plan of Lesnar defending the Universal Championship against Rollins at WrestleMania 35.

On the other hand, WWE officials plan to do the above stated Braun Strowman vs. Drew McIntyre match as well (which will now be a non-title match). The seeds for this feud were planted prior to WWE Crown Jewel PPV when McIntyre laid out Strowman with the Claymore Kick.

So, the top two matches for WrestleMania 35 from the RAW brand are expected to be: