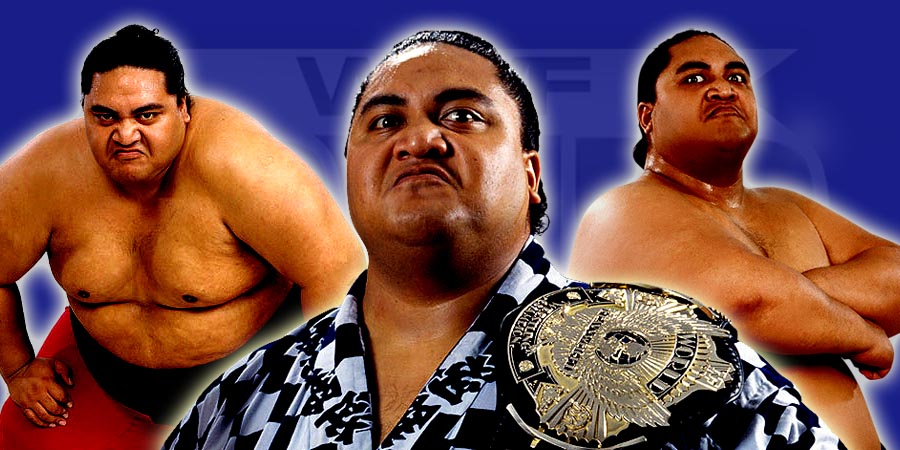 Yokozuna is not only amongst the heaviest Pro-Wrestlers to ever be in the ring, he was also very agile & mobile for his huge size.

As a fellow member of the infamous BSK (Bone Street Krew) backstage group, he was well liked and respected by all the other Wrestlers.

During his WWF Years he was portrayed as a hated Foreign Monster Heel. Here are his 5 greatest moments from his career:

On April 2nd 1995 Yokozuna surprised the world when he came out at WrestleMania 11 to be Owen Hart’s mistery partner, and both would go on to beat the Smokin’ Gunns for the WWF Tag Team Championship.