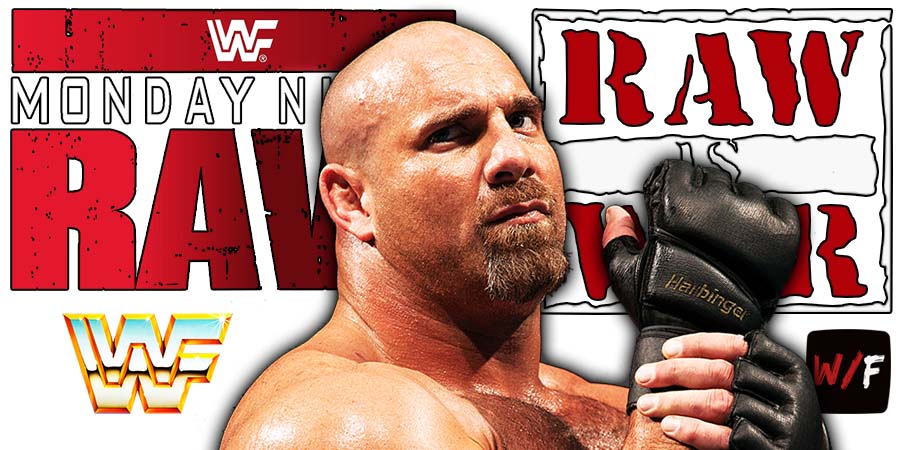 We reported that Lashley did not accept that challenge and turned down the match, but that’s obviously just part of the current storyline and the match will of course take place at the biggest (wrestling) event of the summer – SummerSlam 2021.

Lashley said the following about Goldberg on last night’s RAW:

“I’m not even gonna dignify Goldberg’s challenge with a response… THIS IS MY RING AND I WON’T BE DISRESPECTED BY ANYONE!”

On the road to SummerSlam, Goldberg is advertised to appear on 2 more episodes of RAW:

– RAW at the Allstate Arena in Rosemont, Illinois on August 2, 2021