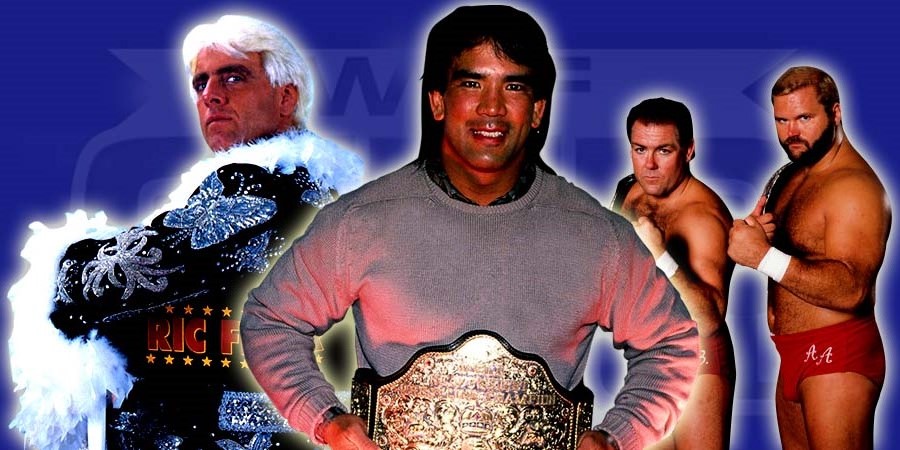 Welcome to another edition of Top Things, here at WWFOldSchool.com, where I count down the ten best old school wrestling-related stuff (and check out more wrestling, movie and music content at Enuffa.com)!

Today I’ll be discussing one of the oldest-school wrestling match types, the 2-out-of-3 Falls match! Back in the olden days 2/3 Falls was a common format for Championship matches, as a way to truly determine the better competitor and rule out fluke victories. In the old NWA system, all World Title matches were required to be contested under these rules, and quite often the match would go to a time limit draw in the third fall, which protected both guys for future bouts.

I’ve always liked this type of match as it lends itself to longer, more epic matches with a heavy emphasis on good old mat wrestling. During the Attitude Era the WWF added a wrinkle to the 2/3 Falls match by giving each fall a different set of rules (i.e. traditional rules for the first fall, No DQ for the second, etc.), calling it Three Stages of Hell. This is a concept I’d like to see them use more, as each time the results have been good at worst. But anyway, let’s take a look at what I consider the 8 best examples of 2/3 Falls….

8. Demolition vs. The Brain Busters – SNME, 7.29.89
Saturday Night’s Main Event had several examples of 2/3 Falls matches, and strangely all of them were tag bouts. The most significant pitted World Tag Champs Demolition against WWF newcomers Arn Anderson and Tully Blanchard (now dubbed The Brain Busters). No stranger to facing popular power teams (see The Road Warriors), Arn & Tully looked right at home in this environment, taking vast sums of punishment at the hands of Ax and Smash.

After easily taking the first fall, Demolition got carried away in the second, leading to a match-tying DQ. In the third fall both teams looked exhausted, but the Busters’ stablemate Andre the Giant slid a chair into the ring, which the Busters used to steal the victory and the straps.