5. Sasha Banks Says She & Bayley Are Better Than The Undertaker 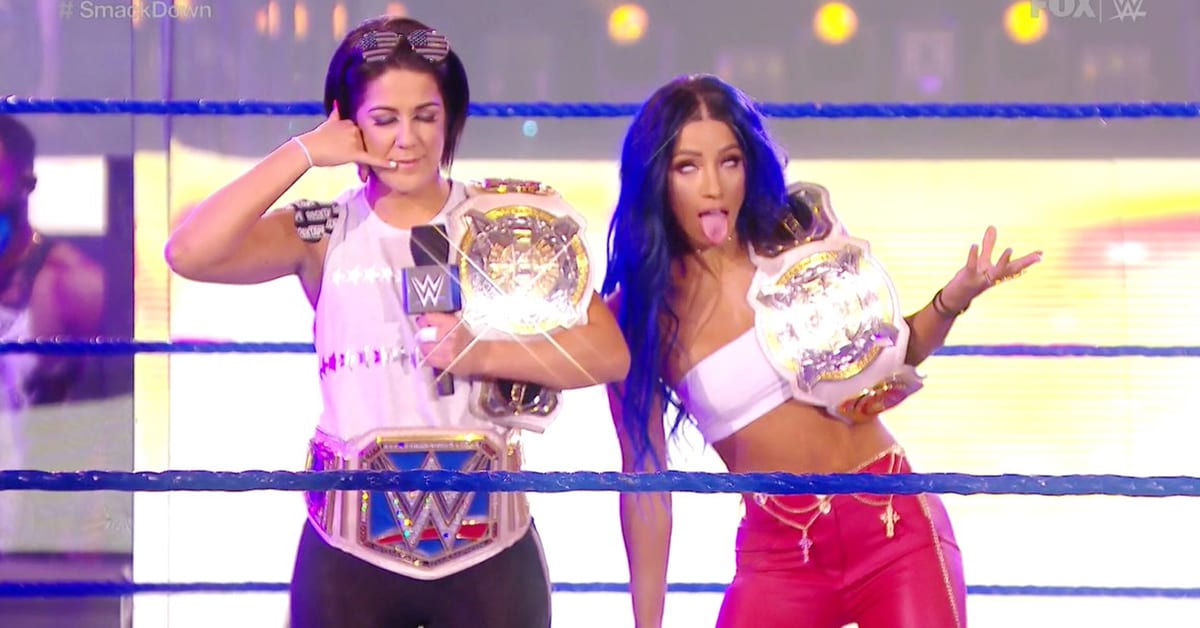 The WWE Women’s Tag Team Champions have been on a roll lately. Both Sasha Banks and Bayley have been quite active on Twitter, where they’ve been claiming that their team is better than multiple Tag Teams and wrestlers.

The latest wrestler who The Boss claimed to be better than is The Undertaker. Banks and Bayley mocked Taker on last night’s SmackDown, and now they’re looking to do it on Twitter.

Below is what Banks posted:

“We’re better than the @undertaker #ThankYouTaker”

Banks also got into an exchange with Chris Jericho last week, when she claimed that her team with Bayley is better than Le $ex Gods of AEW.