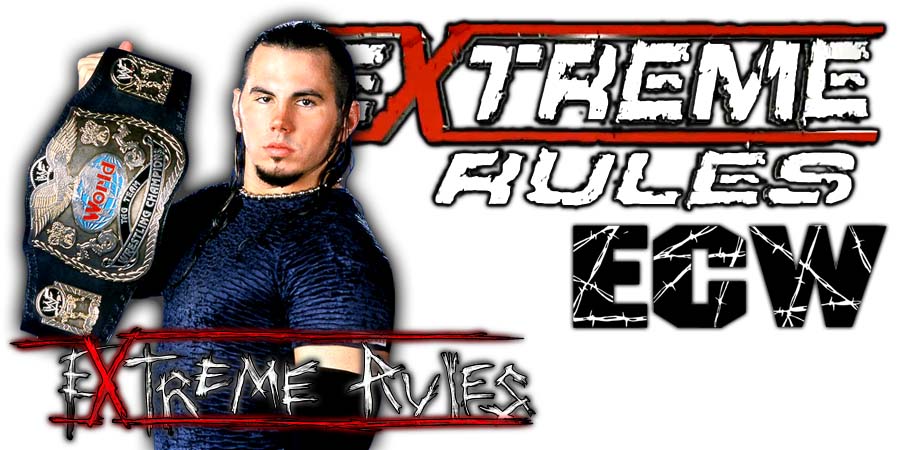 WWE is teasing that a new challenger might step up to challenge WWE Champion AJ Styles for SummerSlam 2018. Below is what WWE posted:

What’s next for AJ Styles?

“AJ Styles fended off the challenge of Rusev at WWE Extreme Rules, retaining his WWE Championship when Aiden English’s meddling backfired on The Bulgarian Brute.

With Rusev in his rearview mirror and SummerSlam rapidly approaching, will anyone step up to challenge The Phenomenal One?”

WWE issued the following storyline injury update on Kevin Owens after the brutal ending to his Steel Cage match against Braun Strowman at Extreme Rules 2018:

“After a 20-foot descent through an announce table during his Steel Cage Match against Braun Strowman at WWE Extreme Rules, Kevin Owens sustained multiple injures, including bruising of the shoulder and back, bruised ribs and a neck strain. He will be re-evaluated later in the week.

The injuries occurred during the final moments of the match, when Strowman hurled Owens from atop the cage, sending him through an announce table at ringside, technically winning the match by leaving the structure first. Owens was then rushed to a local medical facility for evaluation.”

After the loss, Matt teased the break-up of his tag team with Wyatt by tweeting the following:

It may be time for US to move on..

Matt & Bray appeared in a vignette on RAW where they cut a promo on the new champions. They are now scheduled to get their Title rematch on next week’s episode of RAW.

While a break-up between them hasn’t been teased on WWE programming yet, we cannot count out the possibility of that happening.