• Top RAW Wrestler & His Wife Are Expecting Their 3rd Child

Former WWE Champion Kofi Kingston and his wife Kori are expecting their 3rd child together.

Their 3rd child is expected to be born in November 2021.

Kofi has 2 sons right now, Khi (8 years old) and Orion (5 years old). Both of them appeared in the ring at WrestleMania 35 to celebrate their father’s WWE Title win.

Here’s a photo of Kofi with his wife and sons: 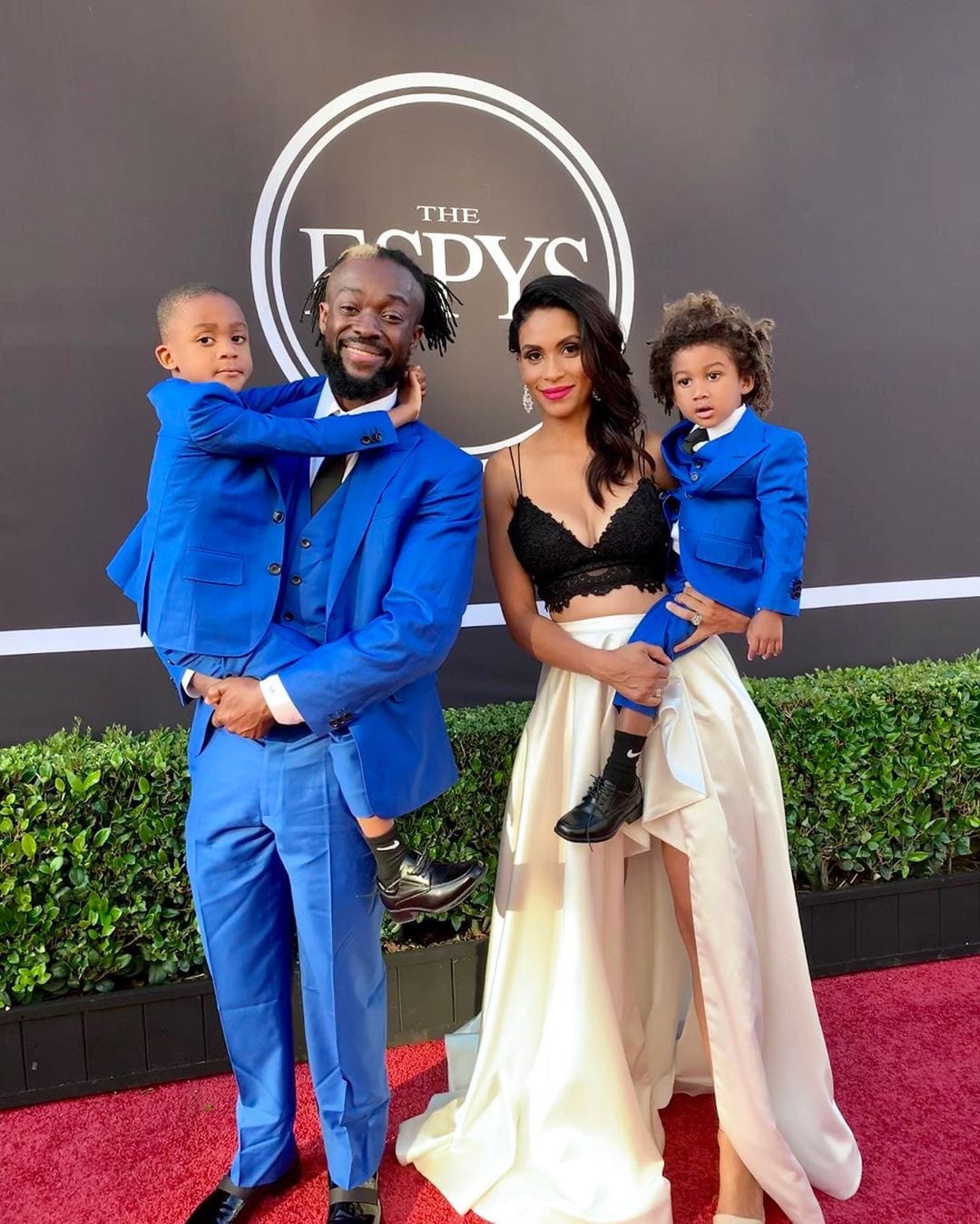 Kofi will face Drew McIntyre on next week’s RAW, and the winner of this match will go on to face Bobby Lashley for the WWE Championship at the Hell In A Cell 2021 PPV.

It was pre-taped at the Roberts Municipal Stadium in Evansville, Indiana and featured pre-taped matches & storyline segments on the road to the ‘WWF King of the Ring 2000’ PPV.

8. The Undertaker vs. Shane McMahon