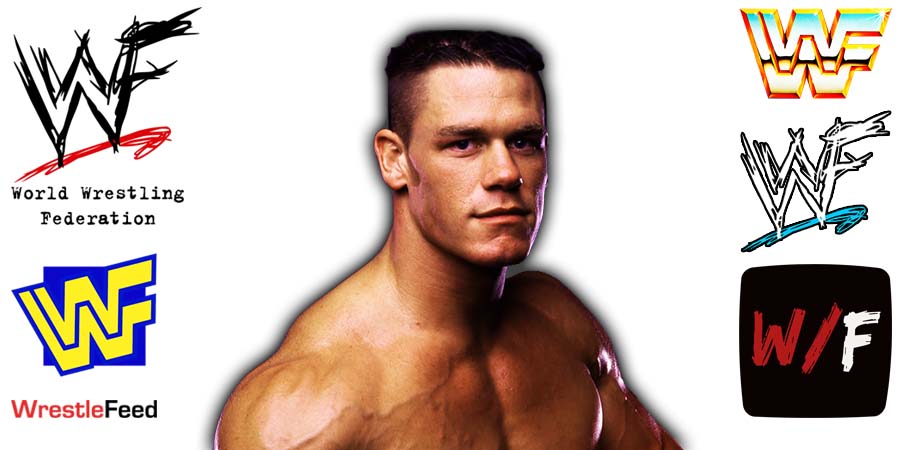 Here’s what the Austrian heavyweight said:

“I am going to give this title the prestige it needs and make it the greatest prize in wrestling. I would like to wrestle John Cena and anyone else who is considered elite. I didn’t come here to be mediocre. I came here to be in the ring with the best.”

During a previous interview he had on the ‘Out Of Character’ podcast about a week earlier, the former leader of Imperium spoke about his time on NXT UK and how he eventually outgrew that brand, after holding the NXT United Kingdom Championship for a record length of 870 days.

Here’s what Gunther had to say:

“I think I’m one of those people who really kind of profited from the pandemic. I had my rivalry with Ilja going on in NXT UK, and I think that was one of those matches that really got good exposure.

During the COVID time was my title match with Ilja, and I think we really benefitted from the empty arena, that there was no crowd noise or anything like that.

So I think I profited a lot from that time, and it also gave me a chance to take it little bit easy for a little bit, in terms of schedule and stuff like that. But when it picked up a little bit again, we always had training camps at NXT UK up to the tapings and stuff.

So we were a good amount of time busy and active actually in the ring over the year. But I feel like I did my bid in NXT UK during the pandemic and gave my best to keep it going, keep it interesting during the time. I outgrew it a little bit, and I felt like it was time to move on.”

4. The Red Rooster vs. Brian Johnson

5. The Ultimate Warrior vs. Barry Horowitz