A fan asked former WWE Champion Batista on Twitter if he watched WrestleMania 33 and what are his thoughts if he did. Below is what Batista tweeted:

I watched my homie @shanemcmahon match and gave him my full critique. Of which he replied… #Bluetista ? https://t.co/8Gw5VvPqFU

For those who don’t know what “Bluetista” means, below is a photo of Batista from Payback 2014 PPV (the PPV at which he worked his final WWE match till date): 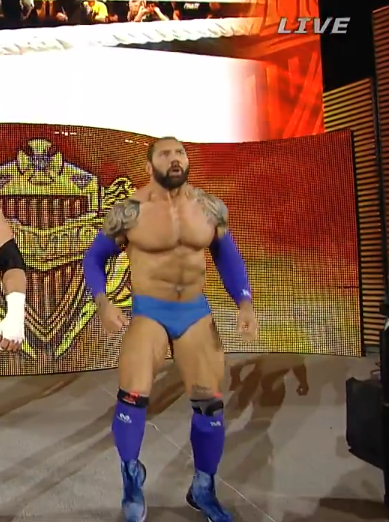 Batista will be starring in the upcoming Guardians of the Galaxy Vol. 2 movie.