It looks like Primo & Epico are no longer “The Shining Stars” and were referred to as The Colons. They went on to defeat former SmackDown Tag Team Champions American Alpha on this week’s episode.

Also on SmackDown Live, The Bollywood Boyz helped Jinder Mahal win the #1 contenders match. It looks like this is a brand new three man stable and Jinder is going to be the leader. Below is a photo: 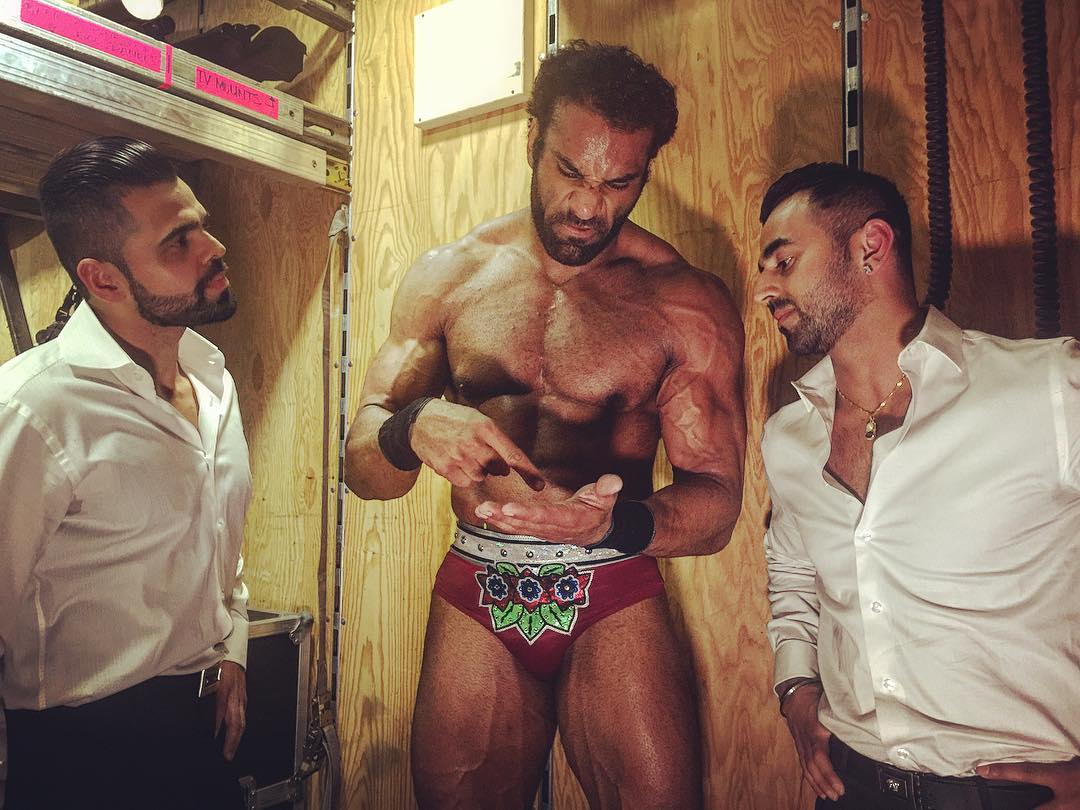 Jinder Mahal and The Bollywood Boyz

It looks like WWE is going to call Harv & Gurv Sihra as “Singh Brothers”. You can watch the highlights from the #1 contenders match below: