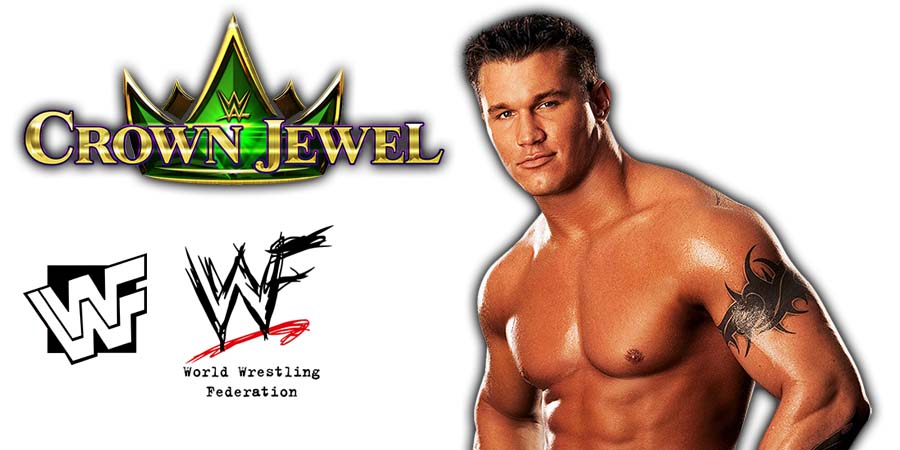 As we noted before, Sports Illustrated noted that multiple WWE wrestlers are uncomfortable in performing in Saudi Arabia at the WWE Crown Jewel PPV.

However, 13 time WWE World Heavyweight Champion Randy Orton isn’t one of them.

TMZ Sports recently caught up with “The Viper” and Orton had the following to say regarding WWE moving forward with their upcoming mega PPV in Saudi Arabia on November 2:

“I think we should go. I think the only way to help with change is to go over there and not to cancel the trip.”

Speaking of Orton, he was a part of the Evolution reunion last night on SmackDown 1000. That segment can be watched in the above video.