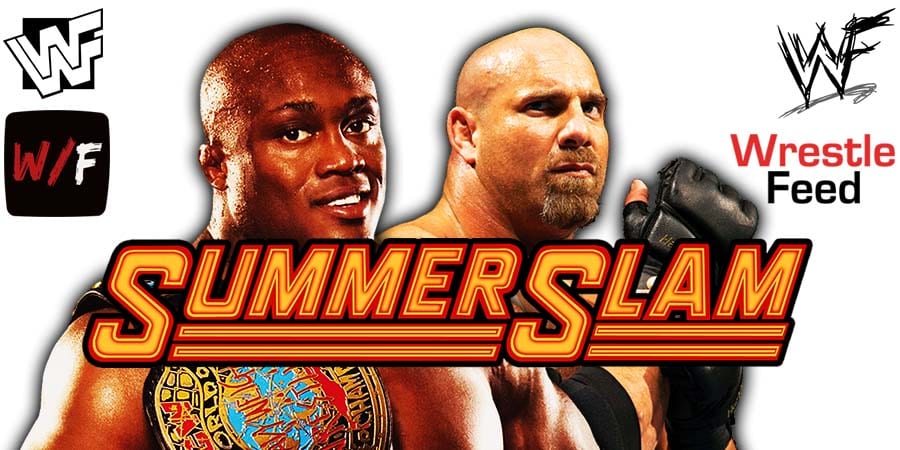 During a recent interview with Sebastian Hackl of WWE Deutschland, former SmackDown Women’s Champion Sasha Banks said she would like to team up with WWE Champion Bobby Lashley one day.

“The Boss” then predicted that Lashley is going to defeat Goldberg in 5 seconds at SummerSlam 2021 tonight.

Sasha will face Bianca Belair for the SmackDown Women’s Championship at SummerSlam 2021, which will be their WrestleMania 37 rematch.

It was pre-taped at the Riverfront Coliseum in Cincinnati, Ohio and featured matches, promo videos, interviews & storyline segments on the road to the ‘WWF SummerSlam 1994’ PPV.