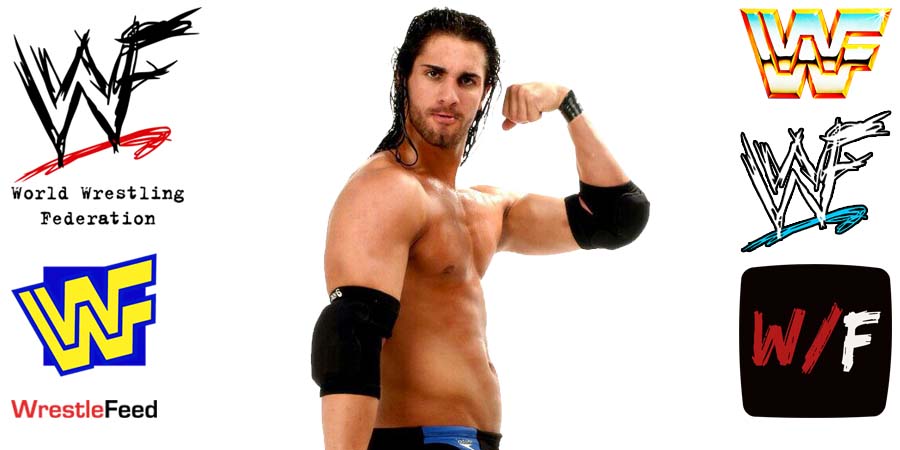 • Top WWE Wrestler Wishes He Was A “Larger Than Life” Superstar

During a recent interview with Pat McAfee, former WWE Champion Seth Rollins talked about not being a Heavyweight (220+ lbs) wrestler.

Rollins put himself in the category of legends like Bret Hart and Shawn Michaels (who, despite being legitimate Heavyweight wrestlers in their prime, were often outsized by their opponents), but wishes he was “Larger Than Life”.

Like, I’m not — I’m Shawn Michaels, I’m Bret Hart, I’m in that category of guys. I’m not these guys, I’m not these larger than life dudes who can just cut a promo and throw some punches. I wish I was.

If I was Shanky, this would be great. I would stand there, I would flare my lats, and I would chop somebody in the head.”

Also Read: Brock Lesnar Reacts To The Incident Of Seth Rollins Getting Attacked By A Fan

• ON THIS DAY IN WRESTLING HISTORY (February 20, 1987) – Calgary Stampede Wrestling

On this day in Pro Wrestling history on February 20, 1987, Bruce Hart’s version of Calgary Stampede Wrestling aired an episode of their weekly TV Show.

This episode included famous powerlifter & Strong Man Bill Kazmaier, who was one of the absolute strongest people back then and is still considered one of the strongest men of all time, not just in professional wrestling but in general..