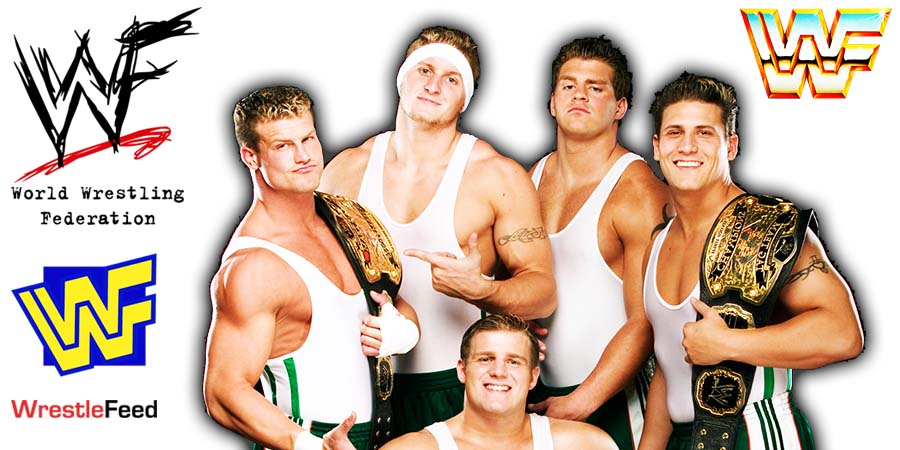 • Triple H Hated A Member Of The Spirit Squad

“I remember being on the road and Hunter hated Mitch. Nick Mitchell, right? He hated him.”

Johnny Jeter of The Spirit Squad then noted that Mitch’s lack of pro-wrestling experience could have been one of the reasons wrestlers didn’t like him.

Below is what Jeter said:

“With Mitch, he didn’t have the experience and so that inherently made people not respect him enough. He was in a tough spot, right?

If WWE says, ‘Hey, we’re gonna sign you, put you in a tag team,’ I don’t care what anyone says, they would do exactly what Mitch did.”

3. Earthquake vs. The Black Phantom

5. Men on a Mission vs. The Brooklyn Brawler & Steve Smyth