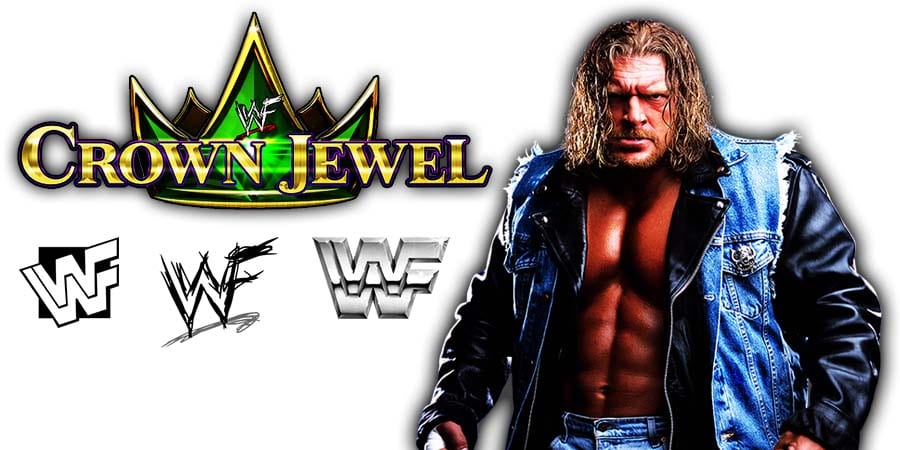 During an interview with Alternative Sport, Logan promoted this match and talked about his relationship with WWE’s Chief Content Officer, Triple H.

Logan accused The Game of ‘ghosting’ him these days, most likely because of HHH’s super busy schedule.

Below is what the Social Media Superstar said:

“Triple H is incredible, man. He takes the time to point me in the right direction and guide me.

The one thing that he hasn’t done just yet is respond to any of my text messages. Triple H, if you’re watching this, just please.

I’m three texts deep with no response. I don’t know if you’ve seen ‘em but I’m feeling desperate and I’m just afraid to send that fourth because rejection — some say rejection is redirection but where am I going?”

On this day in Pro Wrestling history on November 3, 2001, the World Wrestling Federation aired ‘WWF Rebellion 2001’ LIVE on PPV from the Manchester Arena in Manchester, England (UK).