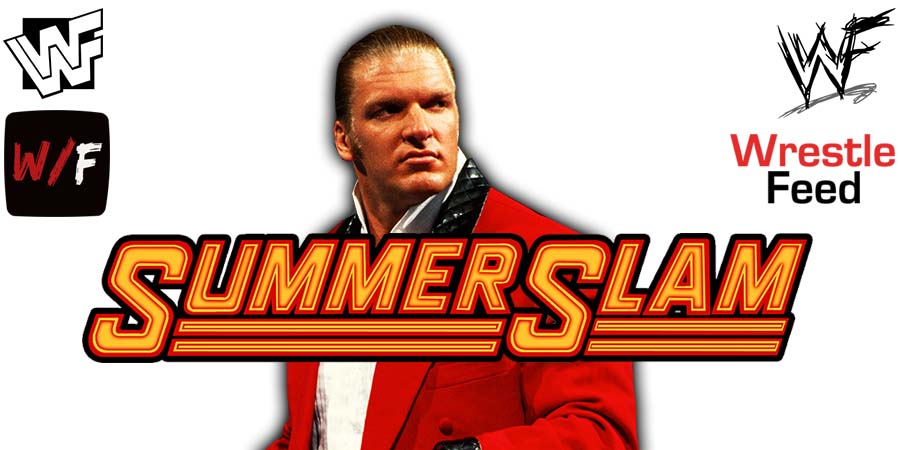 As seen in the opening match of SummerSlam 2022, Bianca Belair defeated Becky Lynch to retain the RAW Women’s Championship.

According to PWTorch, Vince McMahon wanted to keep Becky as a heel after her SummerSlam loss, but new Head Of Creative Triple H decided to make a change and turn Becky babyface:

“I can now confirm Becky was not gonna turn if Vince McMahon was still in control. That was a Paul Levesque call. I just got confirmation on that.

She would have been a heel as we’re talking right now if McMahon was still running things. So, one big change early on there.”