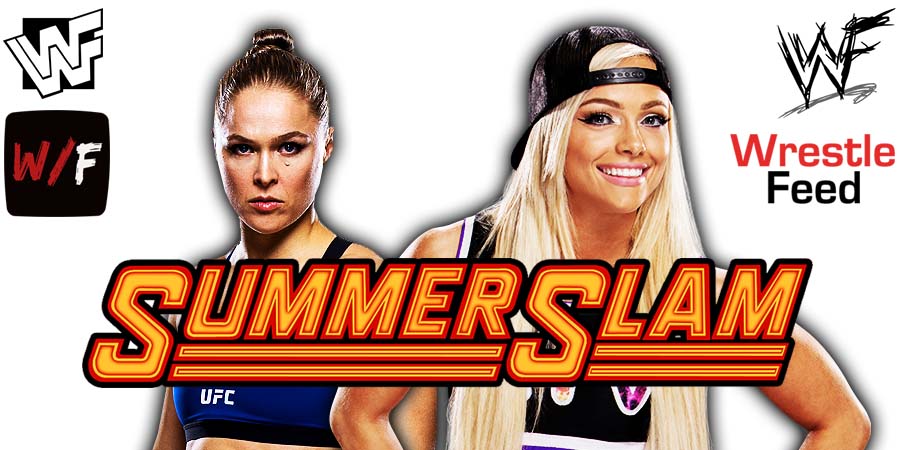 With this win, Liv has made history by becoming the 1st woman to pin Ronda twice in WWE.

During a backstage interview, Morgan had the following to say about retaining her Title:

“Not gonna lie, I’m in so much pain right now. I don’t know that you walk into a match with Ronda Rousey and come out the same but I did exactly what I said I was gonna do and I left with my championship. So I guess I’m okay.

So I went there and I did what was needed to be done and I survived Ronda Rousey. I’m still SmackDown Women’s Champion.”

• Old School WCW Celebrity Would Have Celebrated His Birthday

Today would have been the 60th birthday of Old School WCW Celebrity Kevin Greene.

NFL Legend Kevin Greene used to play as a Linebacker and as a Defensive End for several teams, including the Los Angeles Rams, the Pittsburgh Steelers and the Carolina Panthers.

At The Great American Bash 1996 PPV, he teamed up with fellow NFL Superstar Steve McMichael, who turned on him and joined The 4 Horsemen.

Greene ended up working 3 more pay-per-views for World Championship Wrestling: Slamboree 1997, The Great American Bash 1997 and Bash At The Beach 1998.