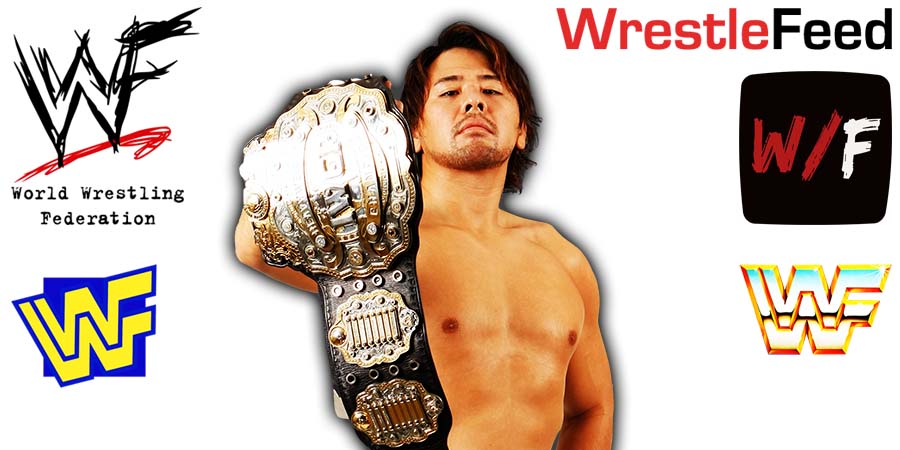 Vince McMahon is retired and Triple H runs the creative department in WWE now. With that being said, The Game gets to do whatever he wants!

The King Of Kings has decided to open the so called “Forbidden Door”, as he has agreed to let 2018 Men’s Royal Rumble winner Shinsuke Nakamura compete in a non-WWE match next year.

On January 1, 2023, Nakamura will face The Great Muta at Pro Wrestling NOAH’s The New Year event at Budokan Hall.

This is going to be one of the last matches of The Great Muta’s legendary career, as this is his retirement tour, which will end in February.

As we reported last month, Pro Wrestling NOAH announced that Sting will make his debut in their promotion on January 22, 2023, to compete in Muta’s retirement match.

#BREAKING 😈 @Sting will take part in The Great Muta’s RETIREMENT MATCH in Japan!

A fan saw this update and tweeted the following:

“I’m so confused, is Muta’s last match not the Tokyo Dome show in February?”

The Blue Meanie vs. Tom O’Sullivan