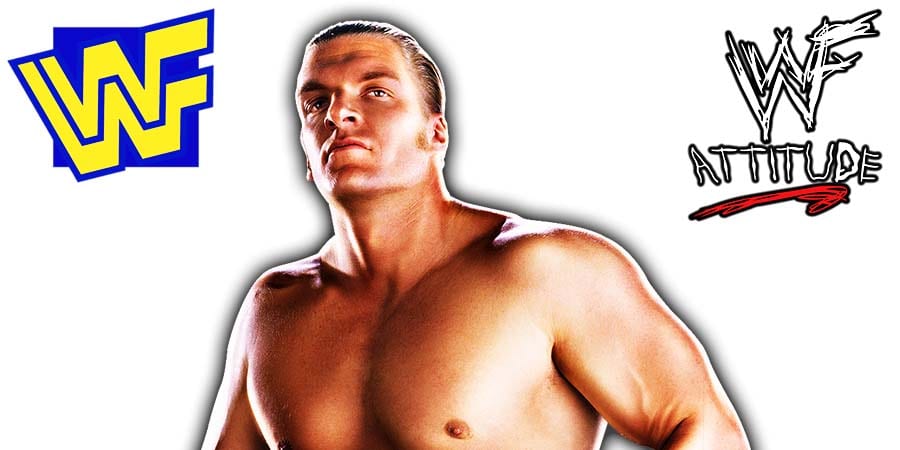 • Triple H Reveals How He Came Up With The Pedigree

During a recent interview with FOX Sports, WWE Hall of Famer “The Game” Triple H talked about how he came up with ‘The Pedigree’, Seth Rollins using his finisher & more.

On how he came up with the Pedigree:

“It’s interesting. The Pedigree, for me, started actually when I was training with Killer Kowalski. I had seen old timers, a lot of old-timers — Kowalski used to do it a spot where he’d put a guy’s head between his knees, and he would jump up and just kind of jar their neck.

And it just dawned on me that if he kept going straight down to his knees, it was like a sort of a version of a piledriver. And as I looked at it, I thought, well, if you held the guy’s arms, it would be very clearly a piledriver. So it started out as that.

In my mind, I’ve always thought that it was something very unique that I had never seen done before, sort of slowly evolved in to me hooking the arms behind the guy’s back and jumping up and having them, you know, come down full body face first.

A few years ago, I saw a clip of Andre the Giant doing a different version of it in Japan for the first time. So, it was quite amazing for me to see something like that I had never seen before.

So, that’s something very, very early in my career, and when I first came into the WWF, they gave me a different finisher, a slightly different version of the RKO, and I wasn’t enamored with it and I went back to the Pedigree because it was what I had been using prior to that, and I really liked it.”

On Seth Rollins using the Pedigree:

So yeah, I was happy for him to do it. You know, there’s moments in your career where there are things like they say imitation is the sincerest form of flattery. So that for me, if he felt like it was meaningful to him, I was glad he could use it and get something out of it.”