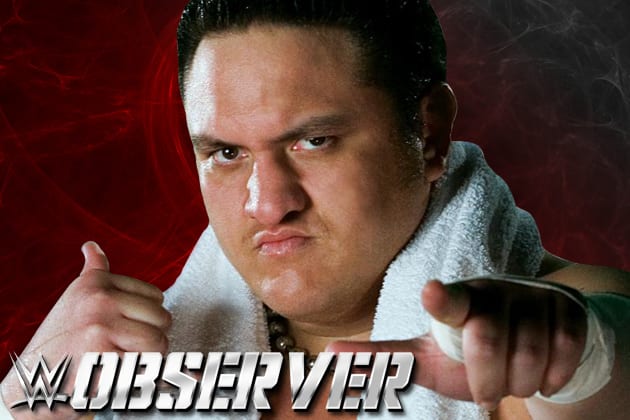 Former TNA Star Samoa Joe recently revealed on his twitter that he has parted ways with TNA Wrestling. According to reports, there is said to be a great interest from Triple H regarding signing Samoa Joe to a WWE contract.

Triple H is interested in giving Samoa Joe a WWE tryout and a potential run in NXT. It is being reported that Vince McMahon is not interested in Joe, mainly due to his physical look, but it is quiet possible that the officials agree on atleast giving Joe a tryout run.

However, there is no word on Joe’s interest in working for WWE and NXT. Joe worked for TNA for almost 10 years and was a TNA Grand Slam Champion, winning the TV title, X-Division title, Tag Title & the TNA World Title.

It’s interesting to note that Joe worked for the World Wrestling Federation for almost 4 years from 1998 to 2001. He was a jobber and made cameo appearances and wrestled the likes of future TNA employees.