On tonight’s episode of Raw, “The Game” Triple H came out and talked about how Rollins won’t be able to make it to WrestleMania 33 and gave Michael Cole a ticket for the Show of Shows and asked him to give it to Rollins.

This leads to Triple H announcing a “Non-Sanctioned match” between him and Seth Rollins at WrestleMania 33, but for this to happen Rollins will have to sign a contract on next week’s episode of Raw (which will be the go-home edition of Raw for WrestleMania 33). 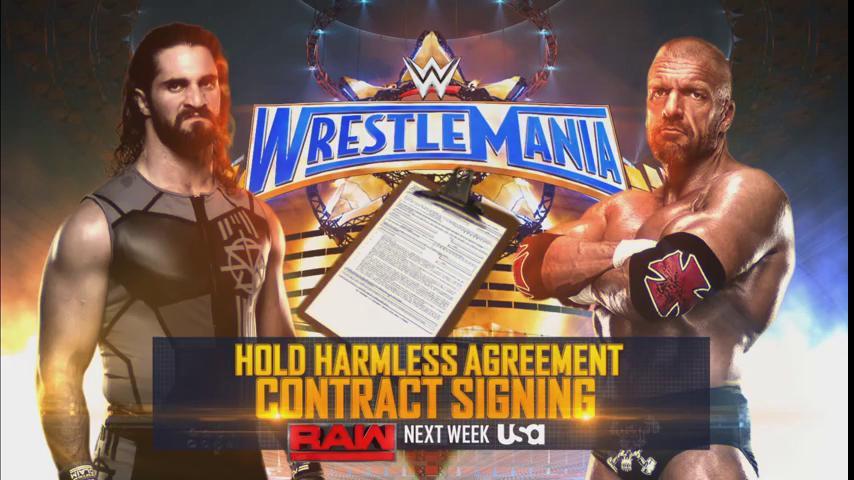 Triple H noted that by signing that contract, Rollins won’t be able to sue the WWE for whatever happens to him at “The Ultimate Thrill Ride”.

It seems @TripleH has thought of an idea of how to FIGHT @WWERollins at @WrestleMania, but #TheArchitect has to show up next week on #RAW! pic.twitter.com/IdDjELFpf1