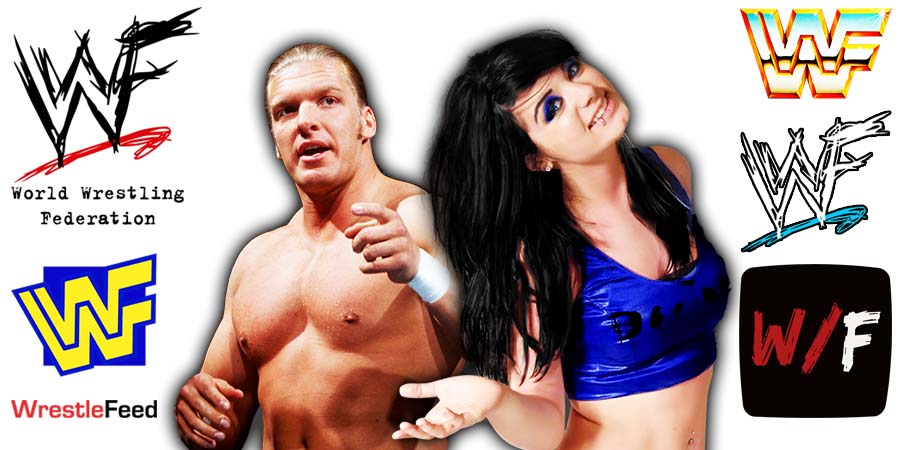 • Triple H Was Shocked By Vince McMahon’s Decision On Paige

Former Divas Champion Paige left the WWE a few months back after her contract expired.

She joined AEW last month under her real name “Saraya” and has now been cleared to wrestle.

According to Fightful Select, Paige went through three extensive health checks to get cleared to wrestle again, but WWE didn’t approve of the new X-rays and Vince McMahon wasn’t interesting in having her wrestle again in WWE.

Triple H then contacted Paige and offered her a General Manager position on WWE TV, but Paige passed on it. HHH then told Paige that if she ever wanted to return to WWE and wrestle again, he would make it happen.

However, she was interested in joining All Elite Wrestling, where she could work on outside projects and not have to give a cut of her payment to the company.

She stayed with the promotion (since May 2002 known as WWE) till 2006, but later received world wide media exposure, when she dated famous Hollywood Legend George Clooney between July 2011 and July 2013.