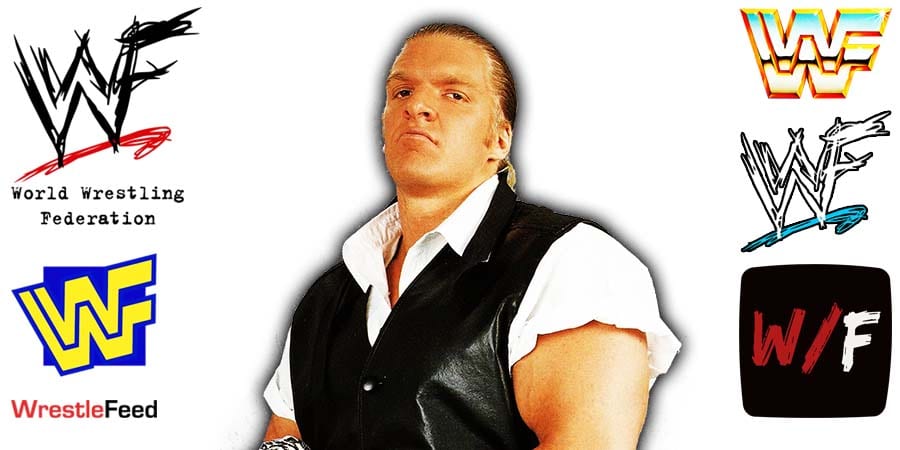 During an appearance on Busted Open Radio, AEW Superstar Chris Jericho revealed that almost no one in WWE knew about his appearance on Broken Skull Sessions, not even Triple H.

“Basically nobody knew. We were laughing the other day about how Triple H found out about this on a conference call for NXT, which I’m sure he loved. That’s kind of how close to the vest it was.”

Jericho then revealed that he & Steve Austin agreed that they should start the interview by discussing AEW:

“We weren’t worried about edits. I’m gonna say that Steve and I had final cut. You know how it works there, only one guy has final cut. But to Vince’s credit he was completely hands off, as far as I know.

It was both Steve and I’s idea to start with AEW because there was so much questions of ‘will they talk about it?’ We just said, ‘let’s just get to it right away.’ And everybody will be really hooked. They’ll be like, ‘holy smokes, they’re really talking about AEW. And not just in passing!’

I think there’s probably a total of 15 to 18 minutes of AEW talk in there. So we thought if we attack it right away and go back to it at the end, people will really be paying attention.

Because the question will be answered right out of the gate, which I think will blow people’s minds, hook them and get them involved right away.”

Also Read: Chris Jericho On How Much Of His Broken Skull Sessions Interview With Steve Austin Got Edited Out

On this day in 2020, we lost legendary Old School WWF Ring Announcer “The Fink” Howard Finkel at the age of 69 due to health issues.

The Fink appeared at every WrestleMania from the first one in 1985 till WrestleMania 32, including an appearance in a toga as “Finkus Maximus” at WrestleMania IX.

In 2009, he was inducted into the WWE Hall of Fame by his close personal friend, “Mean” Gene Okerlund.