On tonight’s episode of Raw, Raw General Manager Kurt Angle was about to name Jason Jordan’s replacement for Survivor Series (as he was injured by Bray Wyatt during their match on Raw).

But Jason came out and requested Kurt to not do it. This led to “The Game” Triple H returning and announcing that he’s going to be Jason’s replacement at Survivor Series!

"I have decided to name a replacement." – @RealKurtAngle does NOT want his injured son @JasonJordanJJ to compete at #SurvivorSeries… pic.twitter.com/bcMxhoxLXy

"You picked me because I was the best option. Don't take this away from me!" – @JasonJordanJJ to @RealKurtAngle #RAW pic.twitter.com/Inj2SKSJQL

GAME OVER for @JasonJordanJJ as @TripleH announces HIMSELF as the new fifth and final member of Team #RAW at #SurvivorSeries! pic.twitter.com/xoVBLuC3El

You can watch Triple H’s return below:

.@TripleH announced himself as the 5th member of TEAM #RAW at #SurvivorSeries! pic.twitter.com/AYHdA7UrHc

– Which Matches Will Be Included In WWE’s ‘Best Pay-Per-View Matches 2017’ DVD?

Below is the complete content listing for WWE’s ‘Best Pay-Per-View Matches 2017’ DVD:

Stepping Up in the Spotlight

Elimination Chamber Match for the WWEChampionship

John Cena vs. AJ Styles vs. Bray Wyatt vs. Dean Ambrose vs. The Miz vs. Barron Corbin

Charlotte Flair vs. Becky Lynch vs. Natalya vs. Carmella vs. Tamina

The Usos vs. The New Day

Bad Blood Under the Bridge

Alexa Bliss vs. Sasha Banks vs. Bayley vs. Nia Jax vs. Emma

Below is the cover for the DVD: 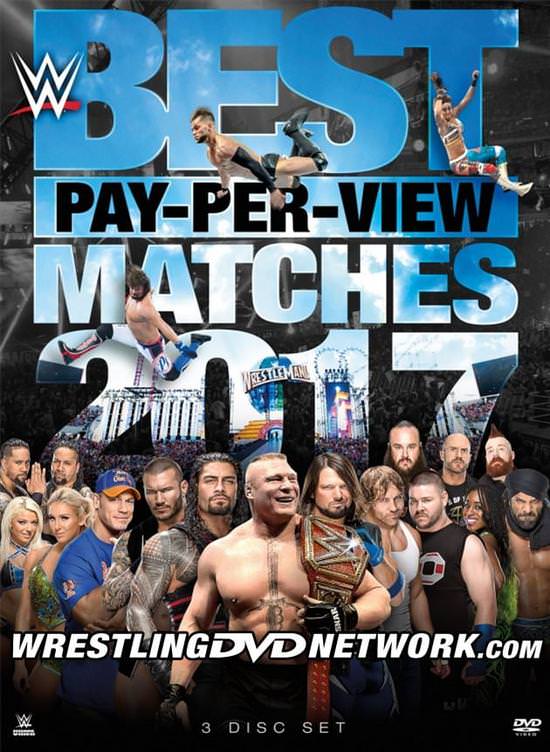