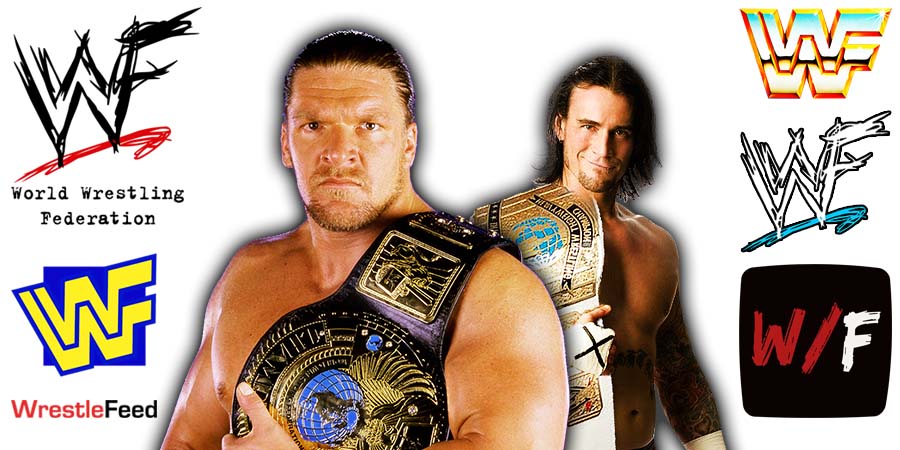 AEW is in the process of buying out CM Punk’s contract, as they don’t want him to return after the All Out PPV fight.

The only delay in the deal being completed is the non-compete clause.

AEW knows that the only other company that could afford Punk is WWE and they think WWE could be interested in bringing back the former WWE Champion, so they don’t want him to return to WWE right away.

Previously, FOX pushed for WWE to bring back Punk, but a deal couldn’t be reached. This led to FOX bringing in Punk for their own talk show, WWE Backstage, on FS1.

According to Wrestlevotes, when Triple H took over the creative department of WWE in July, he told other WWE Officials that he wanted nothing to do with CM Punk.

However, sources have informed Wrestlevotes that Triple H’s stance on bringing Punk back changed recently:

“I did ask over the last couple of days, and it has softened a little bit from what I understand.

But Hunter, learned from Vince [McMahon] and Vince made amends with everybody.”

Also Read: Chris Jericho Agrees With A Fan That CM Punk Is Toxic & Not Worth Having In AEW

On this day in Pro Wrestling history on October 26, 2002, World Wrestling Entertainment aired ‘WWE Rebellion 2002’ LIVE on PPV from the Manchester Arena in Manchester, England (UK).

It featured the Superstars of the SmackDown! brand.