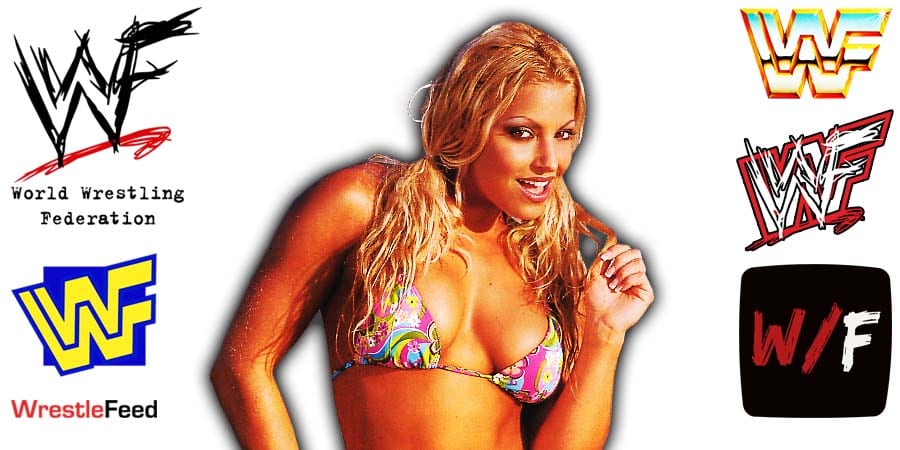 During a Q&A session at ‘For the Love of Wrestling’ in the United Kingdom, WWE Hall Of Famer Trish Stratus was asked if she’d like to return to WWE programming as a General Manager.

Below is what the former 7-time Women’s Champion said:

You know, you just don’t wanna see me being a babyface, kicking butt, winning championships, boring, right guys? Do we or would you — I don’t know. I can’t read the crowd. I’m not sure what they want.

What do you guys want? What do you want? What should I do next? I always say if I go back, the one thing I’m missing is a heel run so that would be kind of fun, you know? Yeah.”

On this day in Pro Wrestling history on May 9, 1999, Ted Turner’s World Championship Wrestling aired ‘WCW Slamboree 1999’ LIVE on PPV from the TWA Dome in St. Louis, Missouri.

Sting wrestled Goldberg to a no-contest