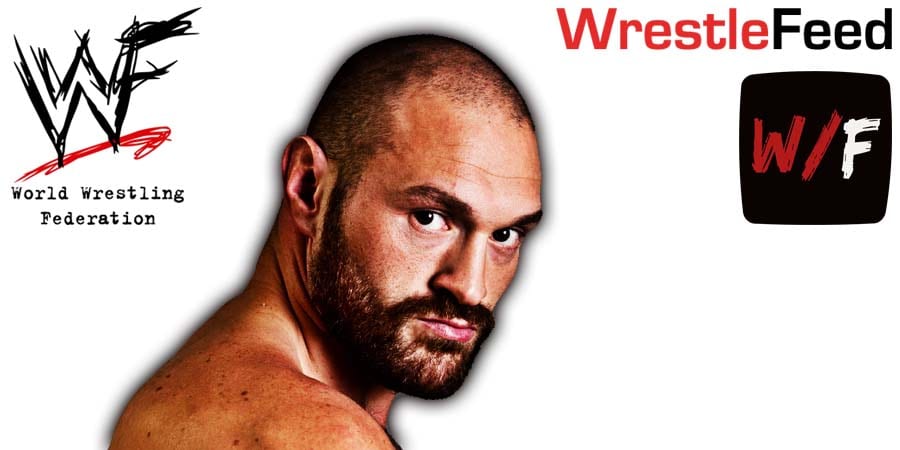 Boxing Heavyweight Champion Tyson Fury remained undefeated after he knocked out Deontay Wilder in the 11th round of their Boxing match tonight.

Fury said the following after the fight:

“I’m not going to lie, Wilder gave me a good fight, but like I’ve said before, I’m the best fighter and he’s the second best.”

Jake Paul tweeted the following after the fight:

“I think Tyson Fury might have finally earned the chance to fight me.”

I think Tyson Fury might have finally earned the chance to fight me.

Prior to this fight, WWF Legend The Undertaker had the following request for Fury:

“You smash this guy and when you’re looking over him, just for me, look down at him and say, ‘Rest In Peace!’”

“This one’s for The Undertaker. I’m here today in your hat, sir. I’m gonna smash him and I’m gonna say, ‘Rest In Peace’.”

I got you @undertaker ⚱️ pic.twitter.com/aEV3rxgiqh

Fury obviously didn’t do it.

Fury has competed in WWE as well. He defeated Braun Strowman via Count-Out at the WWE Crown Jewel 2019 PPV in Saudi Arabia on October 31, 2019.

Tyson Fury vs. Drew McIntyre was scheduled to happen last year at a UK PPV, but got cancelled due to COVID-19.

It was broadcasted LIVE from the Arrowhead Pond in Anaheim, California and featured matches, interviews & storyline segments on the road to the ‘WWF No Mercy 2000’ PPV.