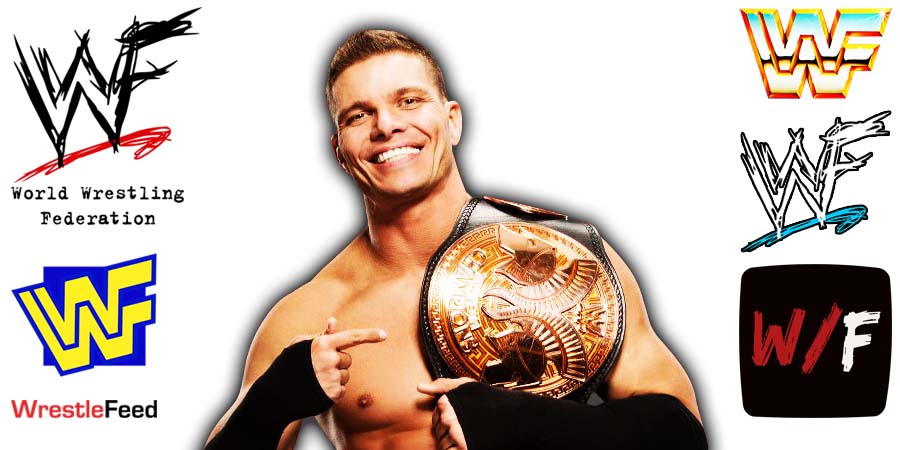 In 2015, Tyson Kidd suffered a career-ending neck injury during a dark (untelevised) match against Samoa Joe before an episode of WWE RAW.

Joe hit Kidd with the Muscle Buster and Kidd was badly injured. You can watch it below:

A fan recently asked Tyson the following on Twitter:

“Tyson, do you think you might be able to make a come back and be able to compete without putting yourself in jeopardy?”

“No, I’ll never wrestle again and I’m ok with that.”

Another fan then tweeted:

“Not really a decision I had any kind of choice in.”

“Your influence in pro-wrestling is even greater than when you were in the ring. So many women appreciate how much you’ve helped them reach their dreams. Whether it be in the main event(s) of WrestleMania or in those unsung moments when we simply needed someone to believe in us.”

After these tweets by Tyson about being okay with never wrestling again, a WWE source told Ringside News the following:

“Of course he’s ok with never wrestling again. He got a settlement on his lawsuit (somewhere between 10 and 20 million dollars) and a $250,000 a year job as producer that is part of the settlement, so it’s no-cut.”

It was pre-taped at the Rosemont Horizon in Chicago, Illinois and featured matches, interviews & storyline segments on the road to the ‘WWF In Your House 17: Ground Zero’ PPV.