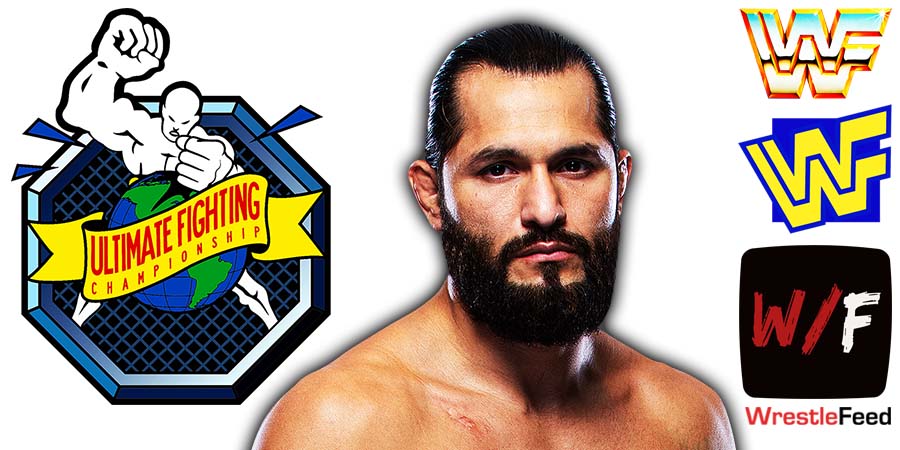 In the main event of the UFC 272 pay-per-view earlier this month, Colby Covington defeated Jorge Masvidal in their Welterweight (170 lbs) bout.

They are former teammates & roommates, but turned into bitter rivals, who refused to put their issues aside even after the fight was over.

Colby continued to mock Jorge everyday on Instagram by posting photos from their fight and writing about how he dominated him.

Their rivalry is not over, as Jorge attacked Colby at the Papi Steak restaurant in Miami Beach.

Jorge, wearing a surgical mask and hoodie, sucker punched Colby twice. Covington got hit in the mouth and eye. One of his teeth broke.

Masvidal is facing a felony arrest if Covington cooperates with police.

One of Covington’s coaches called the Police to the scene.

Colby told the Police that Masvidal “ran up to him from his left and without notice punched him with a closed fist two times in the face.”

Colby also heard him saying “you shouldn’t have been talking about my kids.”

“Call this the show your face challenge. What’s up, I’m from Dade county. You talk that sh*t you’ve got to back it up. That’s how my city rolls.”

“Good morning to everyone except those that think talking about someone’s kids is cool.”

After his loss at UFC 272, Masvidal said the following in the post-fight press conference:

“He’s still somebody that if I see him out in the streets, I’m going to give him everything I’ve got to break his f**king jaw. It doesn’t matter if I lost wrestling scrambles tonight, I still think he’s a f**king pu$$y.”

No formal charges have been filed yet and Masvidal has not been arrested as of this writing.

Below is what UFC Welterweight Champion Kamaru Usman tweeted about this situation:

“Masvidal is a b*tch for ambushing Colby. Couldn’t hurt him in the cage so try to blindside him?”

“How u gonna snitch on yourself”

Dustin Porier, who wants to fight Diaz next, replied the following to Nate:

Ben Askren, who was knocked out by Jorge in record 5 seconds in their UFC fight, tweeted the following:

“Imagine having 25 minutes to punch someone as many times as you want legally, but you can’t get it done so you gotta sneak up at the steak house 😂😂

The couple times I got beat up I just thought sh*t that sucked I should have trained harder or employed better tactics. Not let me sneak up and attack him on the street bc I have anger/insecurity issues.

Jorge also talked about my family so he is being a hypocritical terd on top of all else. Suck it up butter cup, you got whipped. It happens sometimes.”

This is how I imagine the masvidal colby situation took play lol pic.twitter.com/O1Yqa6ASHS

This episode was broadcasted from the Joe Louis Arena in Detroit, Michigan and featured matches & storyline segments on the road to the ‘WWE Backlash 2004’ PPV.