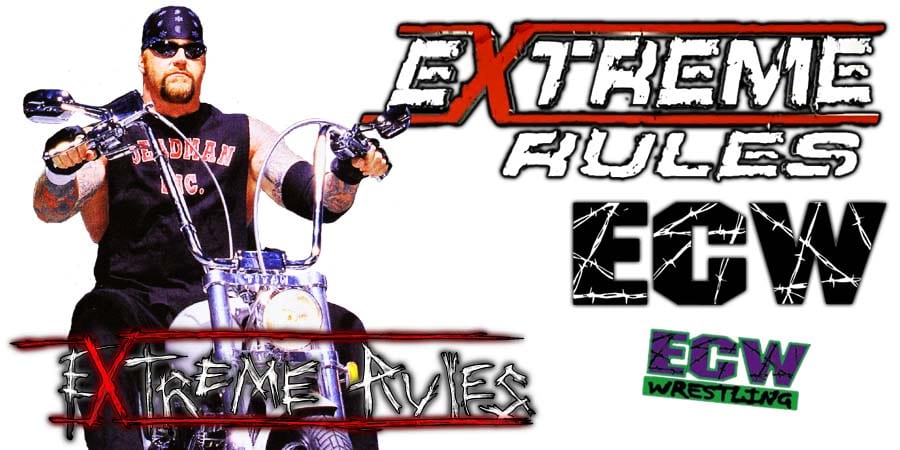 Duane Gill used to do a lot of televised jobs on the weekly World Wrestling Federation TV Shows from 1991 until 1994, which turned him into one of the most famous and most remembered “Jobbers” in professional wrestling history.

In Tag Team matches, Duane often teamed up with Barry Hardy during those years, mostly under their real names, but sometimes also under masks as “The Executioners” or “The Toxic Turtles”.

Gill returned in 1998 during the famous Attitude Era and was turned into a parody of WCW Main Eventer Bill Goldberg, called “Gillberg”.

He still holds the record as the longest reigning WWF Light Heavyweight Champion of all time.

This match will be a No Holds Barred match and seeds for The Undertaker vs. Drew McIntyre will most likely be planted during this match (this singles match is rumored to take place at SummerSlam 2019).

However, it should be noted that another angle involving The Undertaker is expected to take place at Extreme Rules 2019.

RAW Superstar Elias noted on Twitter that he has the perfect funeral song for The Deadman and he’s going to perform it this Sunday at the PPV.

The Undertaker confronted Elias on RAW after WrestleMania 35 earlier this year and laid out Elias with a Chokeslam and a Tombstone Piledriver.

It’s possible WWE books The Undertaker vs. Elias at the second WWE Saudi Arabia PPV of 2019 later this year.