During a recent appearance at the Texas Longhorns practice session at the University of Texas, The Undertaker delivered a motivational speech for the players while being out of his character. During the speech, The Undertaker revealed how his perseverance paid off when he finally got his first match in Professional Wrestling.

Below is the story narrated by The Undertaker himself:

“It was a very slow process. I used to go down to the old Sportatorium … For eight months, every Wednesday, I went down there and sat at the office. I watched them walk right by me, didn’t acknowledge me, didn’t say hello to me, didn’t tell me to get the hell in or get the hell out … One day, Fritz Von Erich walked in the door. Fritz Von Erich walked in, he looked at me, didn’t say anything but still, he walked in another room and I heard him say, ‘Who’s the big red-headed kid?’ … He says, ‘Let’s book him for Friday night.’ He booked me because I looked like his son. I was just in the right place at the right time, and my perseverance paid off, and all the doors that got slammed in my face, I got my start because I looked like the older son that he had lost, and that set me on my course.”

Below is a photo of The Undertaker from this appearance: 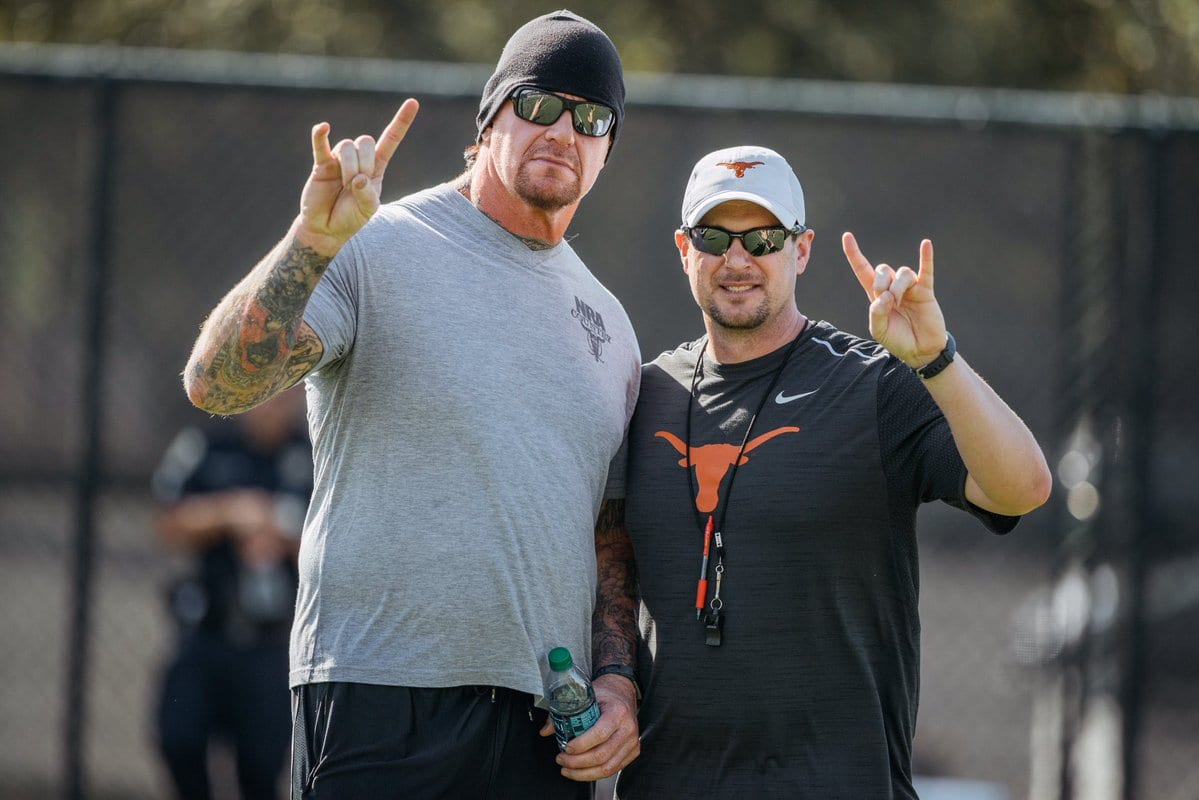 You can watch The Undertaker’s appearance below: