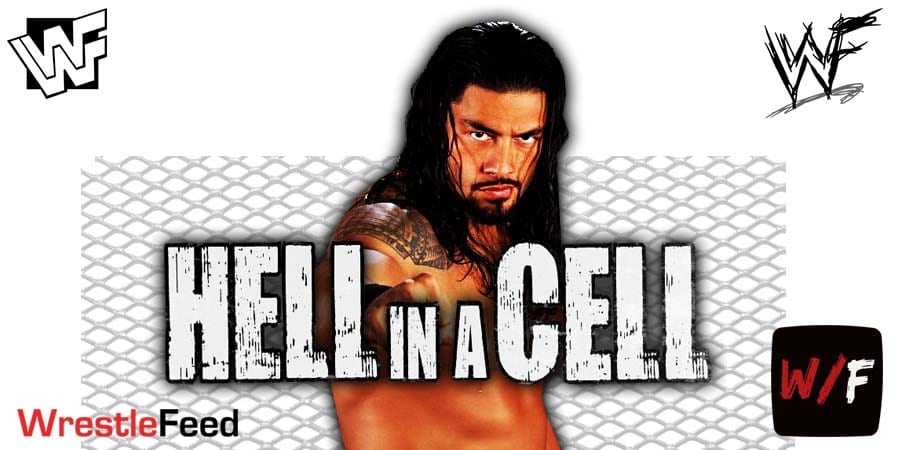 • Universal Championship Match For Hell In A Cell 2021

According to the Wrestling Observer, “The Tribal Chief” Roman Reigns is set to defend his Universal Championship against SmackDown Tag Team Champion Rey Mysterio at the Hell In A Cell 2021 PPV on June 20th.

On last Friday’s episode of SmackDown, Reigns interfered in the SmackDown Tag Team Championship main event between The Mysterios and The Usos, and brutalized Dominik & Rey.

Right now, the following 3 matches have been announced for Hell In A Cell 2021:

Lashley & McIntyre will have a contract signing segment on this week’s RAW, and this match is expected to be contested inside the Hell in a Cell structure.

Also, a Tag Team Battle Royal will take place on RAW to determine the #1 Contenders for the RAW Tag Team Championship. Word going on is that the winners will get their Title match against AJ Styles & Omos at Hell In A Cell.