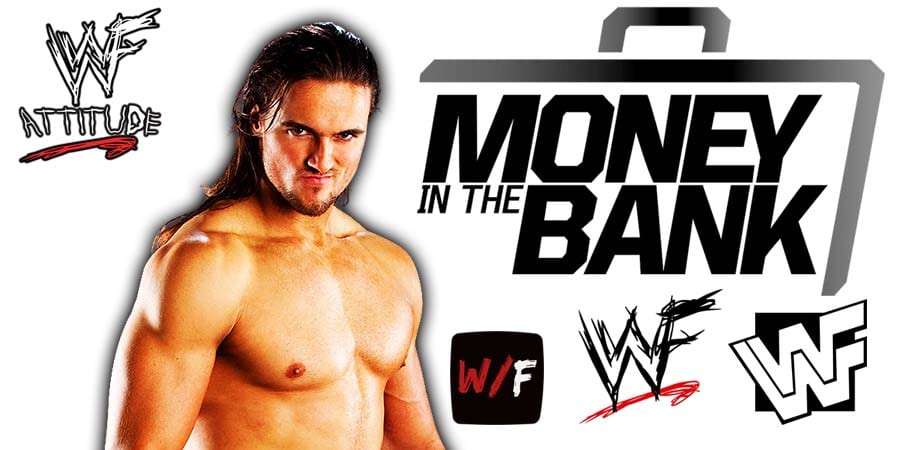 Drew McIntyre can’t challenge for the WWE Championship as long as Bobby Lashley is the champion (according to the stipulation of their Hell in a Cell match, which Drew lost).

This stipulation could change if McIntyre wins the Men’s Money In The Bank contract tonight, but that’s not expected to happen (tap here to know the favorite to win this match).

We exclusively reported last month that WWE Officials are discussing moving McIntyre to SmackDown during the Draft, which is scheduled to take place after SummerSlam.

The Wrestling Observer is also reporting now that there are plans to move Drew to the blue brand.

This move will most likely lead to a program between Roman Reigns and Drew McIntyre for the Universal Championship.

2019 featured both the Draft and Superstar Shakeup.

On this day in Pro Wrestling history on July 18, 1999, Extreme Championship Wrestling aired ‘ECW Heat Wave 1999’ LIVE on PPV from the Hara Arena in Dayton, Ohio.

The most famous segment of Heat Wave ’99 was by far the Dudldey Boyz segment, that was so controversial and drew so much heat with the fans in attendance, it almost turned a riot