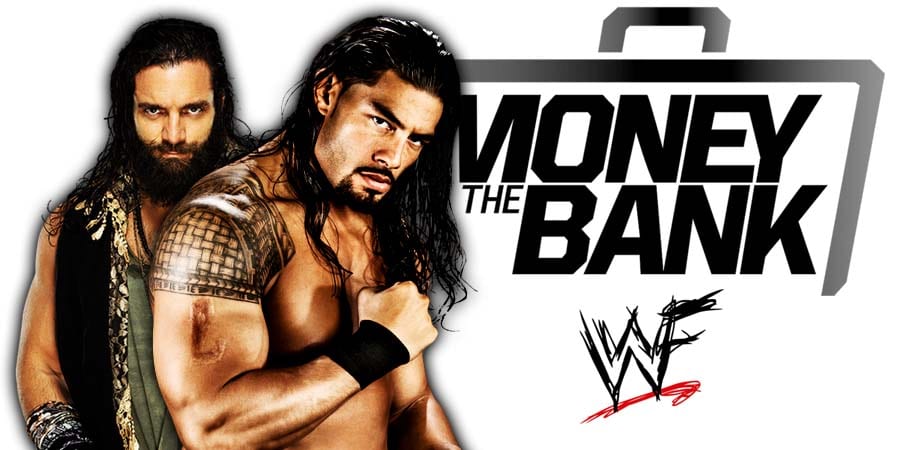 • Upcoming Plan For Roman Reigns After Money In The Bank 2019

As seen at last night’s Money In The Bank 2019 PPV, “The Big Dog” Roman Reigns defeated Elias in just 10 seconds.

According to the Wrestling Observer, upcoming plan for Roman Reigns is for him to face Elias & Shane McMahon in a 1 on 2 Handicap match, possibly at next month’s WWE Super ShowDown 2019 PPV in Saudi Arabia.

During a backstage interview after his quick win over Elias, Reigns was asked if he’s satisfied with how things went down and below is what Reigns said:

“It really wasn’t at all to be honest. I geared up for a match tonight. I had the vest in tow and everything. I was ready to rock n roll. Give Hartford a great match. Give them what they paid for.

Considering I’ve been here for a long time. I’m an established Superstar it would have been a great opportunity for Elias to be in the ring with me and feel what top competition feels like. What a championship fight feels like, but he made the wrong choice, he pulled the trigger early, therefore I pulled it late and that’s why I’m standing here.”