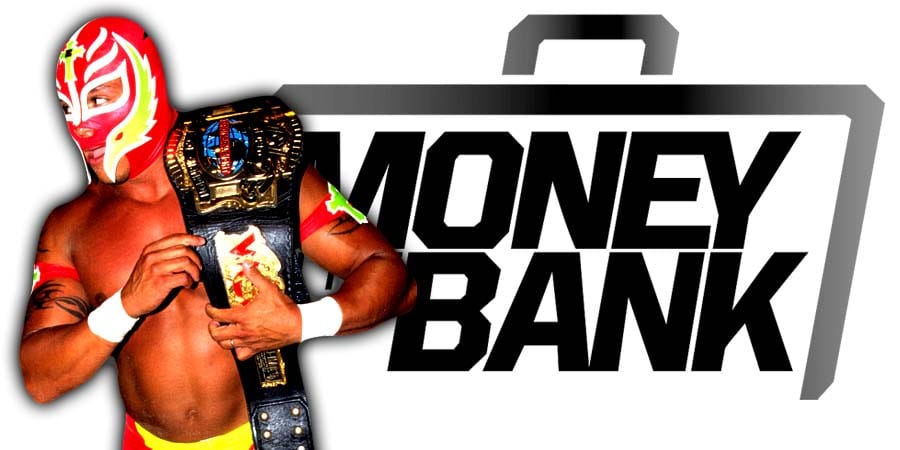 After wrestling as Brian Armstrong (WCW 1993-1994) and The Roadie (WWF 1995), he eventually ended up becoming one half of the now legendary Tag Team ‘The New Age Outlaws’ with his team partner “Bad Ass” Billy Gunn.

Both also went on to become long time members of one of the most famous factions in professional wrestling history, D-Generation X.

Last night’s Money In The Bank 2019 PPV was a crazy show as so many things happened that left the fans buzzing.

However, there were some injuries at the PPV too.

According to the Wrestling Observer, Rey Mysterio injured his shoulder during his match with Samoa Joe (where he controversially became the new United States Champion). Mysterio was icing his shoulder backstage after the match and the trainers were checking on him too. Word going on is that Mysterio might have separated his shoulder, but that’s not confirmed yet.

Speaking of some other minor injuries, Samoa Joe and Lars Sullivan got busted open during the show. Joe was busted open due to a move by Mysterio and Lars was cut open by Kalisto’s mask after he delivered a headbutt.

During the ending moments of the show, Brock Lesnar pushed a ladder out of his way while running to the ring during his entrance and that ladder fell on a WWE cameraman. The cameraman was down and trainers were checking on him.

Lesnar pushed Ali off the top of a ladder in the ring and Ali landed hard on the ropes, which resulted in him bleeding from the mouth.