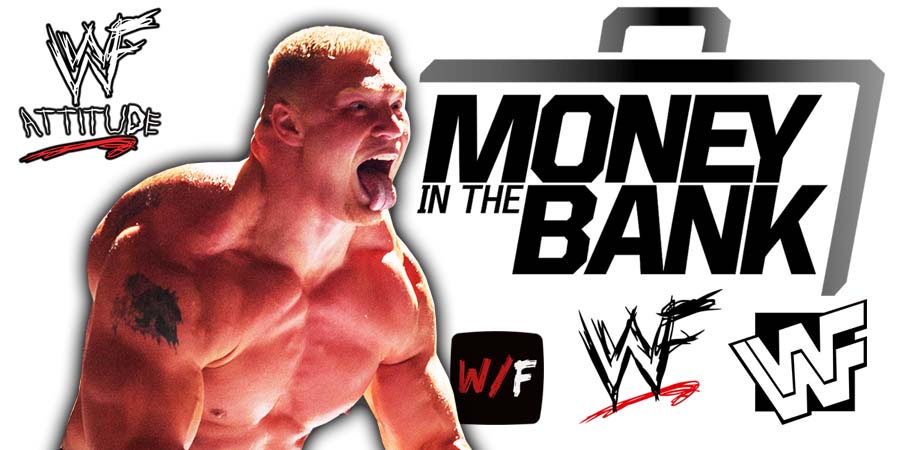 There’s a lot of speculation going on regarding Brock Lesnar’s post-WrestleMania 38 status.

Some people think he’s going to lose to Roman Reigns in the main event of WrestleMania 38 – Night 2 and then go on a hiatus, possibly till SummerSlam 2022.

However, as of this writing, WWE is advertising Lesnar for two premium live events after WrestleMania:

WrestleMania Backlash will take place on May 8th at the Dunkin’ Donuts Center in Providence, Rhode Island. Tickets for this event went on sale in February.

Be the first in the know for the pre sale code: https://t.co/55x68brxPB pic.twitter.com/RqeCAZ52w0

Money In The Bank will take place on July 2nd at the Allegiant Stadium in the Las Vegas suburb of Paradise, Nevada. Tickets for this event are available now.

#MITB 💰 is going Vegas! Don't miss the action at @AllegiantStadm on July 2.

Samoa Joe joined the World Wrestling Federation’s developmental promotion Ultimate Pro Wrestling in 2000 and made his WWF debut towards the end of the famous Attitude Era during the March 3, 2001 episode of WWF Jakked/WWF Metal.

Joe originally made a name for himself in the early years of Ring of Honor, before joining Total Nonstop Action! in 2005, where he became a well known star and also won multiple Championships, including a win over WWF/E Legend Kurt Angle for the TNA World Heavyweight Championship at the ‘TNA LockDown 2008’ PPV.

On WWE’s main roster, Joe went on to win the United States Championship and competed for the WWE Championship on multiple occasions.