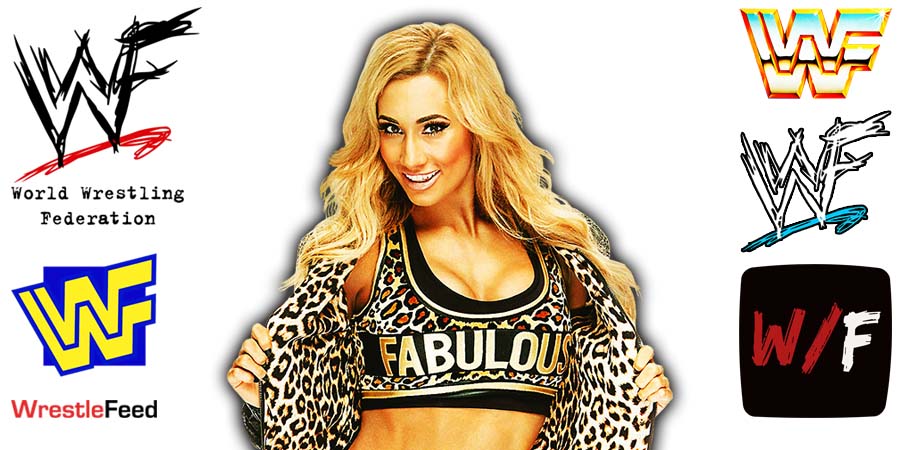 At a WWE Live Event at the North Charleston Coliseum in North Charleston, South Carolina in August, Carmella suffered an injury during a Triple Threat Match for the RAW Women’s Championship.

Carmella hit her head on the ring post and the referee threw up the “X” sign, which represents a real injury.

After that, Carmella didn’t return to the match and Bianca Belair pinned Asuka to win the match.

Carmella’s husband, RAW Commentator Corey Graves, tweeted the following after this (but later deleted it):

“LOVE learning that my f**king wife got injured at a live event via Twitter. @WWE” 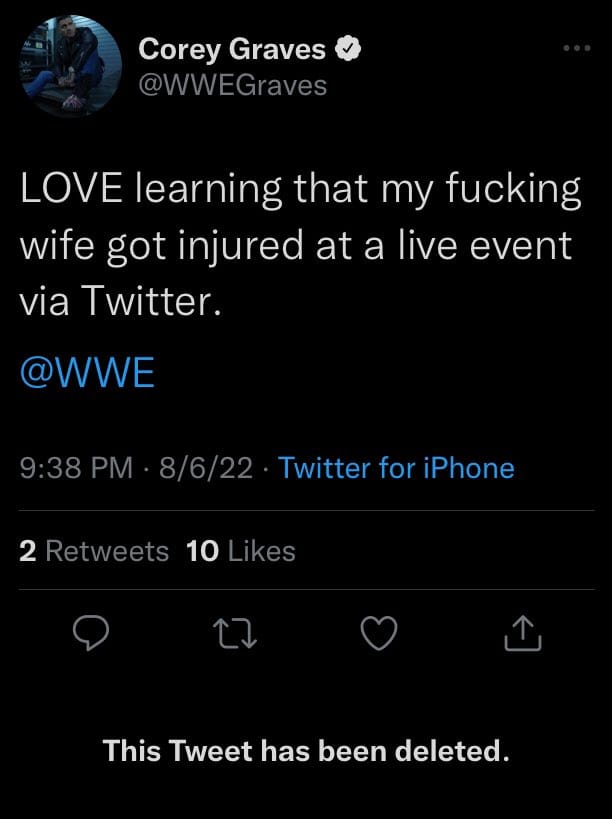 According to PWInsider, Carmella suffered a concussion, but she’s doing fine now and is expected to make her return this month.

When a fan asked Carmella about her return, she tweeted:

“I’m not sure yet.. still recovering. Hopefully soon! 🤞🏻