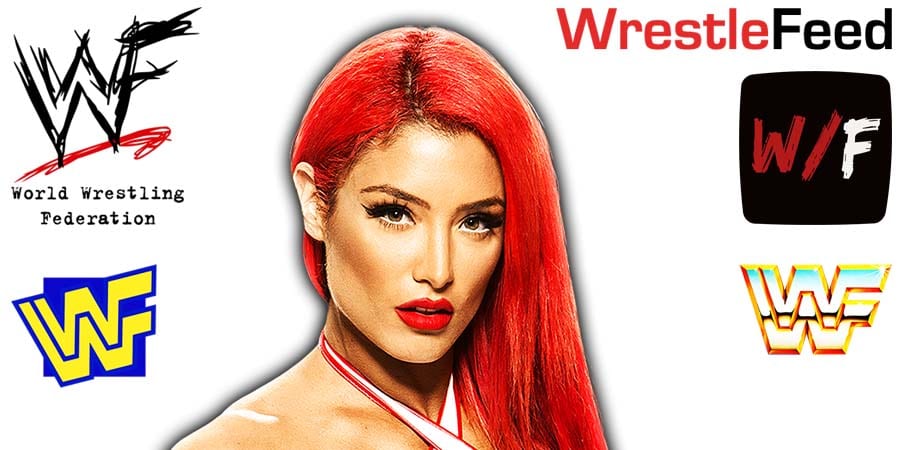 As we noted before, PWInsider reported that Eva Marie signed with WWE in the week of September 20, and she was in Orlando, Florida for that week’s WWE TV tapings.

In an update provided by PWInsider, it was noted that she has been listed on the company’s internal roster, but she has not been assigned a brand yet.

“Since we have received a few emails about Eva Marie, PWInsider can confirm Marie is listed as a member of the company’s roster internally but has not been officially assigned to a brand. She has been seen several times in Orlando at the WWE Performance Center since September.”