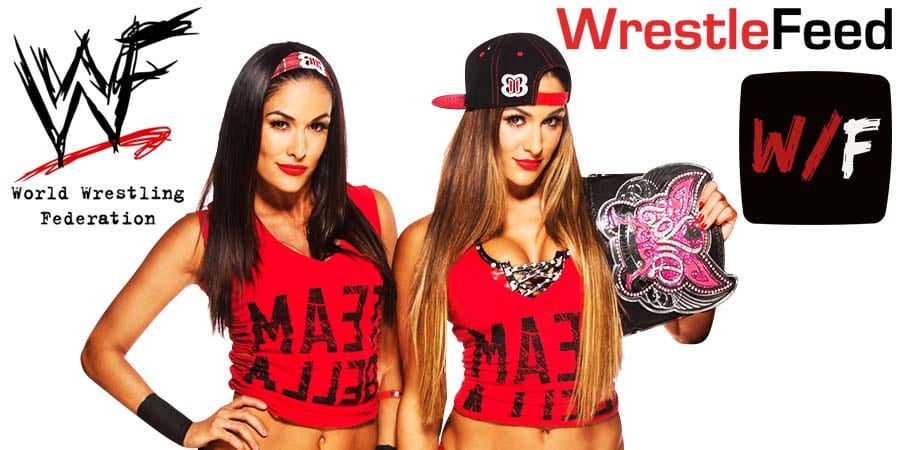 • Update On Hall Of Famers Possibly Returning To WWE

As we noted before, WWE Hall Of Fame Class of 2020 inductees, The Bella Twins, appeared on Access Hollywood on Wednesday morning for a conversation with Mario Lopez and Kit Hooper.

Brie said that she and Nikki have one more run left in them and they want to return to WWE to win the Women’s Tag Team Championship.

Nikki’s fiance, Artem Chigvintsev, talked about this on US Weekly and revealed that The Bella Twins have already started discussing a potential return to the ring with WWE.

“She’s been having talks about coming back and doing something together with [her twin sister], Brie [Bella.] They both have kids, and I feel like they still have this unclosed chapter with wrestling. I would not be surprised.”

Also Read: Nikki Bella Reveals John Cena Reached Out To Her After She Became A Mother

– A vignette showing IRS in a graveyard