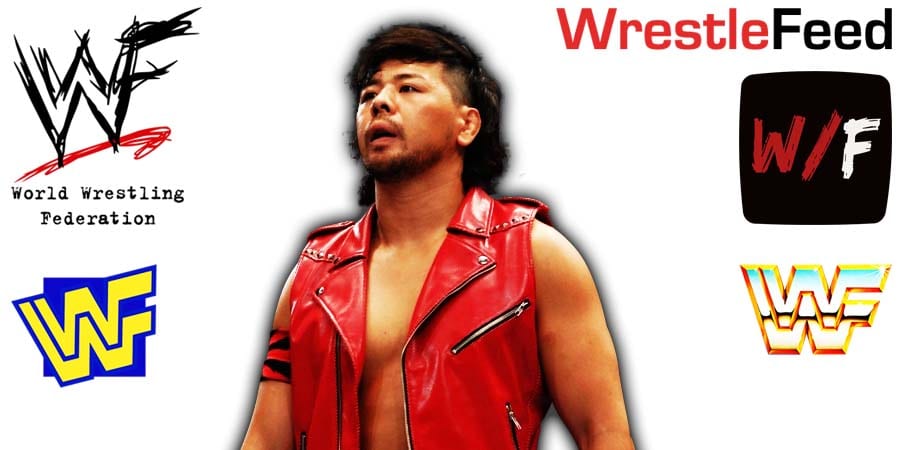 As seen on this week’s episode of NXT, Tony D’Angelo revealed SmackDown wrestler Shinsuke Nakamura as the mystery opponent of Channing “Stacks” Lorenzo.

Nakamura then went on to defeat Lorenzo.

According to PWInsider, this wasn’t a one-off appearance in NXT for Nakamura, as the 2018 Men’s Royal Rumble winner is scheduled to make more appearances in the black-and-gold brand.

Nakamura (who is a former 3-time IWGP Heavyweight Champion in NJPW) joined the WWE in 2016 and below are his major accomplishments in the company so far:

– Challenged for the WWE Championship at WrestleMania 34

Today would have been the 64th birthday of Old School WWF Legend “Razor Ramon” Scott Hall.

After touring the territories (NWA, AWA, …) during the 80s, Scott Hall joined Ted Turner’s World Championship Wrestling in 1991 as Diamond Dallas Page’s accomplice ‘The Diamond Studd’, but in 1992 was signed to a World Wrestling Federation contract, where he became ‘Razor Ramon’, a character based on Al Pacino’s role as Tony Montana in the movie “Scarface”.

Hall eventually ended up becoming one of the most famous & influential superstars in professional wrestling history, most famously revolutionizing the business when he co-founded the nWo in 1996, after leaving the WWF in order to return to WCW for some big money.

In 2014, Razor Ramon was inducted into the WWE Hall of Fame by his close, personal friend Kevin Nash.

Then in 2021, Scott was actually inducted a second time, this time as a member of the New World Order.