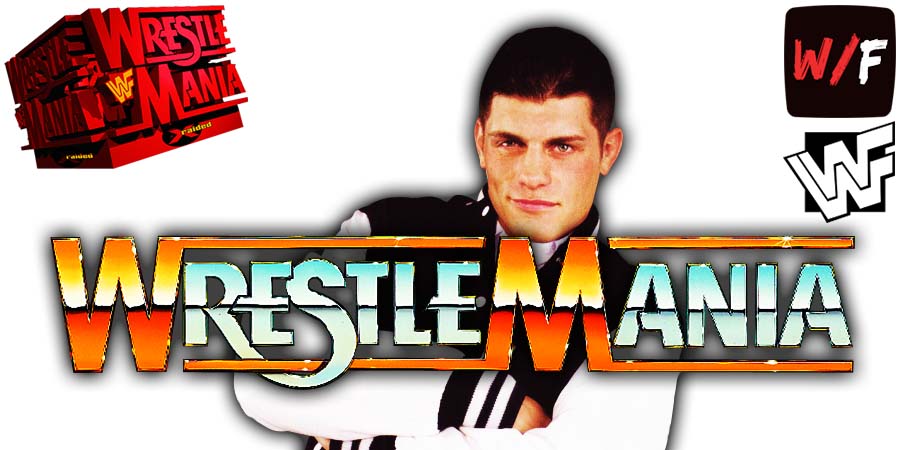 Cody’s return is currently scheduled for Night 2 of WrestleMania 38 on Sunday, April 3rd.

WWE released the schedule for WrestleMania 38 Panels and a “Surprise Guest” is listed for 11:30 PM ET on April 3rd, which is after Night 2 is over.

This surprise guest is expected to be Cody.

Sean Ross Sapp of Fightful provided the following update on the backstage reaction of Top WWE Superstars on Cody’s return to the company:

“I spoke to a lot of top WWE talent last month very excited about Cody Rhodes coming to the company.”