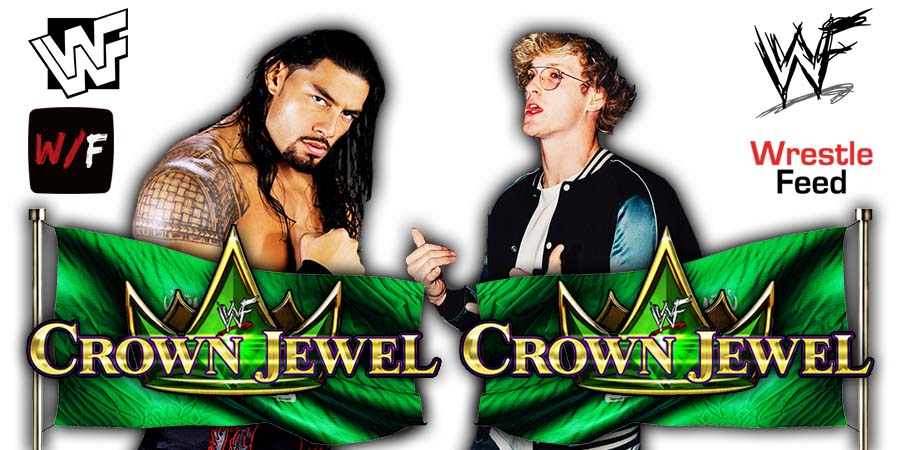 During the match, Logan hit a Splash on Roman from the top of the steel ring post – through the announce table – while recording it on his phone!

According to the Wrestling Observer, Logan got injured due to this spot. You can watch it below:

Paul performed this spot on The Miz at SummerSlam 2022 as well. Prior to the match, WWE’s stunt experts told Logan that he’d break his legs during this spot. Logan confirmed this on his podcast a few months ago. While nothing happened at SummerSlam, he got hurt at Crown Jewel

Logan tweeted the following after the match:

Brutus The Barber Beefcake vs. Scrub

Jake The Snake Roberts vs. Rick Rude- From SNME

Koko B Ware vs. Tom Burton