At last night’s WWE Raw Live Event in Zurich, Switzerland, “The Big Dog” Roman Reigns and “The Kingslayer” Seth Rollins teamed up in the main event. Fans in attendance noted that Reigns got a deafening reaction at the event. Also, former Bullet Club members Finn Balor and Karl Anderson faced off.

Below is a photo of Rollins and Reigns after the match: 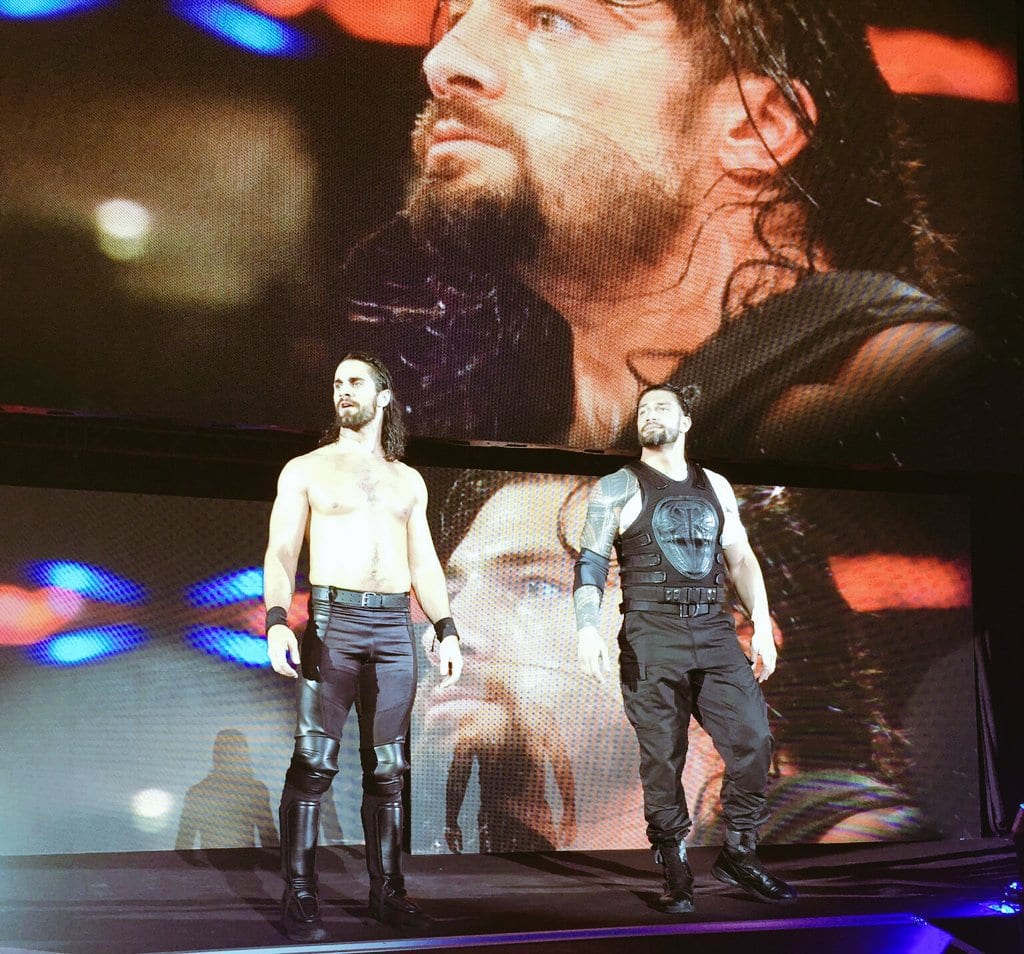